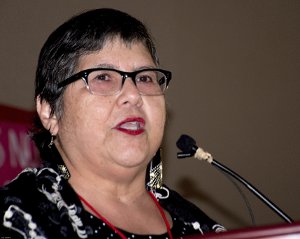 In these 100 years of global revolution, 58 of them have taken place just 90 miles from the shores of U.S. imperialism. It is an understatement to say that the glorious Cuban Revolution is a major accomplishment. We owe this mainly to Fidel Castro Ruz. In 2016, Fidel and one other person dominated world news. It was the year our beloved comrade Fidel died.

Fidel was a genuine communist, an exceptional Marxist-Leninist and a staunch anti-imperialist. Cubans say he was such a visionary that he could see around corners. To live in the time of Fidel was a privilege — like having lived in the time of Lenin.

Fidel built a movement that was able to wrest a nation away not only from its own capitalist class but from imperialism as well. Right under imperialism’s nose, Fidel built socialism. He defied countless acts of sabotage, including at least 600 assassination attempts on his life.

How did he do this? What can we learn from Fidel and Cuba in order to do the work we need to do here?

We in the party aim to defeat capitalism and build socialism. That is a mighty big task. W e might even humbly say bigger than the task of building socialism in Cuba. Which brings us to Donald J. Trump, the other major figure who dominated the news in 2016. Where Fidel stands for hope, for struggle, for equality, Trump represents the sick and rotten stench of capitalism. Trump is a white supremacist, a misogynist, anti-immigrant narcissist. Fidel unites, Trump divides. Fidel strives for peace, Trump pushes for war. Polar opposites.

But what can the one, our hero, tell us about how to deal with the other, our enemy? Simply this: It is our duty to find the ways to fan the flames of mass struggle. To find the ways to open a national revolutionary struggle against Trump, Pence and all the rest. Pence wants to send queer people to conversion camps. Well, we have a camp for him.

At this juncture it is our responsibility as revolutionary socialists to widen the struggle against white supremacy, to bring out the masses, to organize the fight like never before as it enters this new, heightened stage. The question is: How? Here is one way NOT to. The Democratic Party has coopted the term “resistance.” Hillary Clinton, a resister? Disgusting insult.

The day after Charlottesville, Va., the movement, including our comrades in Durham, joined a protest organized by liberals to mourn the life of Heather Heyer. We asked organizers to let us speak. After all, we had been in Charlottesville. And what did these so-called “resisters” do? They called the cops on our comrades! A “resister” who calls pigs on Black and Brown activists is a disgrace. That is not a resister, but a class collaborator!

Liberalism as it manifests itself in the Democratic Party is a challenge. It is a block to struggle, a derailment. For example, the unity against Trump between some Republicans and Democrats sows nothing but confusion. How can sanitizing and liberalizing warmongers and racists like George Bush and John McCain be helpful? It is not, because it completely lets the system off the hook.

There are nuances, however, and this is where lessons from Fidel come in.

One of the important pillars of Fidel’s work was building unity. Before 1959, Fidel worked to bring together many social forces to defeat Batista, including reactionaries.

Fidel almost singlehandly built the Cuban Revolution. But of course it takes more than that. But he was able to unite an entire island. He embraced and led 10 million people to victory.

What do we do here when hundreds or sometimes thousands are marching at actions called by the Democratic Party? Do we ignore them? Do we just let the liberals influence them? I don’t think so. For at that protest might be a 16-year-old who is OUR Fidel or Fidela or Fidelx.

A seasoned Venezuelan revolutionary told me recently: “Es mejor una marcha de pendejos que un pendejo que no marcha.” It is better to have a march of dumb asses than a dumb ass that doesn’t march.

We will go to those events — or most of them — but we will not unite with those who want to defeat Trump on an anti-Russian basis. Trump and Pence and all the rest must be defeated because of their white supremacist, anti-immigrant, sexual-predator views.

What are our next steps in the fight against white supremacy? Let us turn to the working class. Go to every housing project, union hall, prison and city corner and urge on the fight against capitalism. Our party must be the best fighters for our class. Our founder Sam Marcy often said that we fight for socialism, but we must also be the best fighters for a street light.

Fight for everything from education to health care, to defend and expand the Americans with Disabilities Act, to jail every goddamn killer cop — we must push the struggle further and further.

Fidel once said that fascism would never take hold in the U.S. because he had confidence in the working class of this country. And he’s right. Because, after all, this is the class that gave the global working class May Day and Internatonal Working Women’s Day. That produced Malcolm X, Harriet Tubman, Emma Tenayuca and John Brown. It is this class that helped defeat the U.S. war in Vietnam, apartheid in South Africaq and so much more. This is the class that gave us the glorious Stonewall Rebellion.

And it is youth today, here in the belly of the beast, who take the question of gender identify and LGBTQ oppression to a whole new level, transcending anything we have seen before, here or around the world.

We have a party like no other in the world, steeled in the national question and defense against imperialism like nobody else. Class is primary, but racism is not secondary.

Our party at moments of great peril rose to meet the challenge by organizing mass mobilizations to fight back. Workers World initiated and built the coalition that brought out 100,000 people on May 3, 1981, in the first great national demonstration against Reagan reaction. Workers World built the large Peace for Cuba rally in New York in 1992 to drive back the U.S. Congress’s moves to tighten the blockade.

We, the communists, the party of the workers and the oppressed, the queers, the Black and Brown, Native, Asian and Arab, women, disabled — we’re the ones who can and must step up to organize the great mass resistance.

In the coming days, we will unite to win the hearts and minds of the working class; reach out to the most advanced and even some of the most backward, for in that unity is the fight for peoples’ power, which is the only power that will defeat the system.