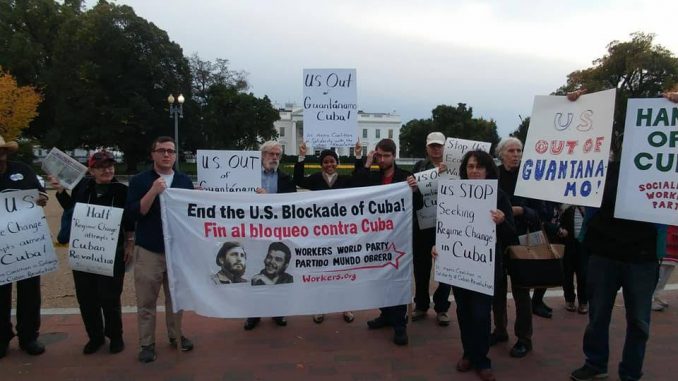 The U.N. General Assembly on Nov. 1 voted overwhelmingly against the U.S. economic, financial and commercial blockade of Cuba by a vote of 191 to 2. It was the 26th consecutive year that the world has decisively rejected the blockade. In Washington, D.C., supporters of revolutionary Cuba demonstrated their solidarity in front of the White House. Similar demonstrations of support for Cuba took place in many cities across the U.S. and Canada. #unblockCuba