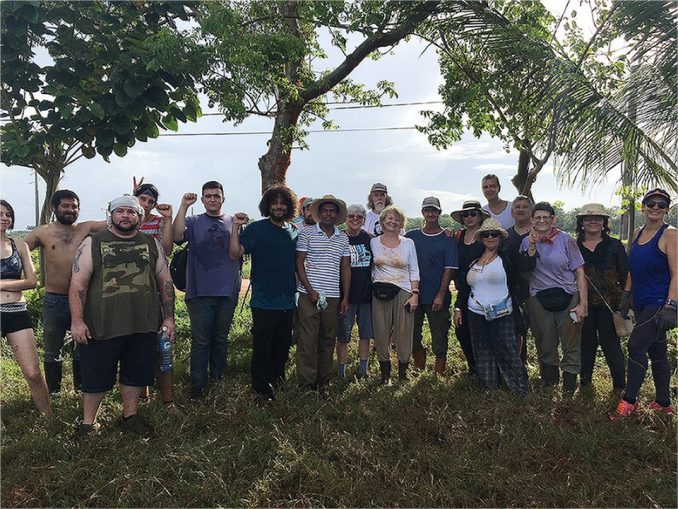 When the “In the Footsteps of Che International Brigade” traveled in Cuba Oct. 1-15, several Workers World Party delegates from Detroit participated, including this writer. Among the many activities, including participation in the ceremony commemorating Commandante Che in Santa Clara on Oct. 8, where the revolutionary internationalist is buried, the brigade had the opportunity to meet with Cubans in several cities and villages.

Viewing the gains of the Cuban Revolution through a Detroit lens offered an illuminating comparison between a capitalist and a socialist society. In Detroit the basic necessities to live as a human being are being denied to many poor and working people, while billions of dollars in public funds are funneled to the rich.

In Detroit about 100,000 shutoffs of residential water service have occurred since 2014, while the water department, ostensibly a publicly owned utility, refuses to implement a moderate water affordability plan shown to work in other cities.

Families lacking water service are subject to having their children seized by Child Protective Services, and children are subjected to cruel humiliation at school for being unwashed and for wearing unkempt clothing. In addition, a preliminary study of Henry Ford Hospital patients, by the Henry Ford Global Health Initiative in collaboration with community partners, documented a 50 percent increase in water-associated illnesses in residential blocks where water shutoffs have occurred.

Conversations with Cubans, on the other hand, revealed that their residential water service costs only a few pesos per month. The negligible water fees were implemented to discourage wasteful water usage. When asked if the water service is shutoff if a water bill is not paid, Cubans responded, “Of course not,” followed by a perplexed look, as if wondering, “What kind of question is that?”

Cubans explained that there is no governmental policy to deny Cubans access to water. The water distribution system includes a large concrete or plastic water tank, typically on the roof of each home or apartment building. The typical home water tank holds about 600 gallons. Water is delivered to the tank as needed, usually at night, by electric pumps or pressure created by gravity. In the event that the water pipe to the home fails, a truck delivers the water until the pipe is repaired.

Prior to a hurricane, everyone is advised to make sure their water tanks are completely filled, since the electric power plants are shut down in order to prevent electrocutions and damage to equipment, and because water sources may become contaminated. This also reduces the likelihood of plastic water tanks being blown off roofs by hurricane winds.

No water shutoffs, no evictions

In another contrast, since 2005 Detroit has experienced more than 65,000 mortgage foreclosures and an estimated 100,000 property tax foreclosures of residential homes. In nearby Flint, thousands of families are actually facing loss of their homes due to unpaid bills for water poisoned by corporate wrongdoing, with the amount owed tacked onto their property taxes. Evictions are rampant.

These crimes against the people happened as the result of racist predatory loans, excessive property tax assessments in violation of the state constitution, and corporate privatization of public services.

In contrast, evictions do not occur in Cuba. While thousands are homeless in Detroit, there is no homelessness in Cuba.

There was similar dramatic contrast in education and the conditions of children. In Cuba, quality education is a right for all. Class size is typically limited to 20 students. When a North American asked if Cuban children can walk to school without adult escorts, the response was an emphatic, “Of course, why wouldn’t they?” Compare that to common occurrence in any U.S. city.

The achievements of the Cuban Revolution are truly incredible, especially considering the U.S. blockade, which prohibits importing everything, even aspirin, from the U.S.

With planning based on socialist priniciples, Cuba, an economically poor country, has managed to create a society where housing, access to water, jobs or income, medical care and education are guaranteed for all.

The way for poor and working people in Detroit, throughout the entire U.S. and across the capitalist world to achieve the same guarantees for the essentials of life is to overthrow capitalism and build a socialist society.