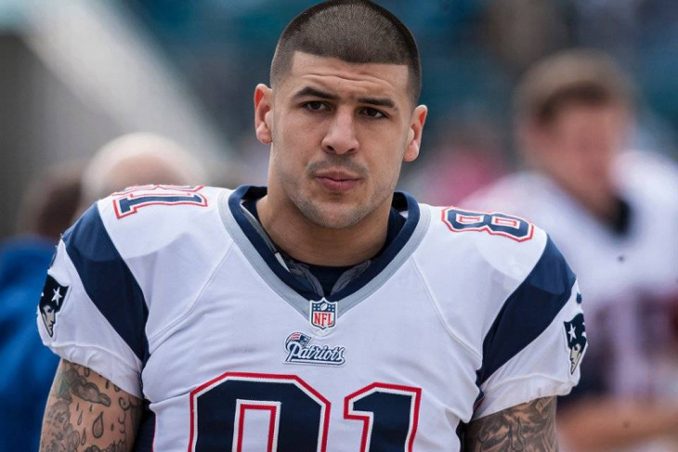 When autopsy findings were released Nov. 9, the cause of death of 27-year-old Aaron Hernandez, a National Football League player with the New England Patriots, confirmed an earlier September diagnosis. The multitalented Puerto Rican tight end was found hanging in his cell earlier this year while serving a life sentence for a 2013 murder conviction.

Medical examiners discovered that Hernandez had suffered from stage 3 chronic traumatic encephalopathy, more commonly known as CTE. Stage 4 is the most acute stage of this degenerative brain disease caused by constant trauma.

CTE has developed into a deepening crisis for players exposed to the violent physical game of football, especially helmet-to-helmet direct hits to the head or hitting their heads after being tackled on the playing field. The result of these ongoing hits is concussion. These hits are happening at such a rapid rate that established protocols for early diagnoses of concussions are being ignored.

Boston University neuropathologist Dr. Ann McKee, along with her team, have examined more than 100 brains of deceased former NFL players, including Hernandez’s. She stated, “This is the first case that we’ve seen that kind of damage in such a young individual.” She said Hernandez’s brain resembled someone typically 20 years older with the same disease. (CNN, Nov. 10)

CTE can severely impair areas of the brain that help control judgment, emotions and memory. These symptoms most resemble dementia and Alzheimer’s disease. While Her­nandez only played for two years in the NFL, he also played high school and college football.

Since CTE can only be diagnosed posthumously, a number of notable NFL players — such as Junior Seau, 43, who spent most of his celebrated career as a linebacker with the San Diego Chargers, and former Chicago Bears safety Dave Duerson, 50 — tragically committed suicide and left evidence that it was in order to donate their brains to CTE research.

Up until 2016, the NFL hierarchy denied or downplayed the impact of head trauma on players in an attempt to not be responsible for providing health care to former players suffering from this incurable disease. But the NFL was ultimately forced to provide upwards of $5 million for each of these players’ health care — small potatoes for the ­multibillion-dollar league.

CTE not only affects professional football players. In August, a study by the Journal of the American Medical Association showed that an alarming and growing number of high school and college players are showing signs of CTE. The disease was found in the brains of three out of 14 high school players (21 percent) and 48 out of 53 college players (91 percent).

These startling numbers indicate that this kind of head trauma can begin as early as elementary school, when many young boys start playing football. There is a growing chorus of critics who are characterizing the violent nature of football as child abuse and calling for its total abolition.

Along with the devastating potential of more CTE cases is the avalanche of season-ending injuries halfway through the 2017 NFL season. It is already a well-known fact that the NFL has the shortest playing span — an average of three to four years — out of the four major professional sports (the other three are baseball, basketball and hockey).

Injuries are nothing new in the NFL, but there has been much more public attention directed to them due to injuries to high-profile players like Aaron Rodgers, DeShaun Watson, Richard Sherman and J.J. Watts, to name a few.

Normally, teams play on Sunday for five months, with each team getting only a two-week break. But there are also games on Thursday and Monday nights during the regular season. Sometimes teams play on a Sunday and four days later on Thursday.

This is hardly enough time to allow a starting player’s body to “recover” from hard tackling and traumatic hits between games, and it also makes players even more vulnerable to injuries. During a Thursday night game on Nov. 9, six players from the former Super Bowl champion Seattle Seahawks team were injured, including Sherman, an all-pro defensive player who ruptured his Achilles tendon.

A growing number of players are demanding that Thursday football games be eliminated altogether. Sherman’s teammate, Doug Baldwin, stated: “Thursday Night Football should be illegal. This shit should be illegal. It is not OK. It’s not OK. You can quote me on that.” (sbnation.com, Nov. 10)

Life-threatening and season-ending injuries to players are not a top priority to billionaire and multimillionaire owners. Along with the NFL hierarchy, starting with NFL commissioner Roger Goodell, their main goal is lucrative TV revenue profits.

In 2016, 32 NFL teams split an estimated $7.8 billion from this revenue, which also includes leaguewide sponsorships, licensing and merchandise sales. This is an increase of 10 percent compared to 2015, according to Bloomberg News.

Putting aside the multimillion-dollar contracts of a handful of players, the average annual salary of an NFL player is less than $2 million. The last thing the owners want to do is pay for health care for the players, who they view as expendable gladiators — especially if they retire with debilitating injuries.

Goodell, on the other hand, is seeking an extension of his own contract from the owners until 2024: a salary increase from $30 million to $49.5 million, the use of a private jet for life and lifetime health insurance for his family.