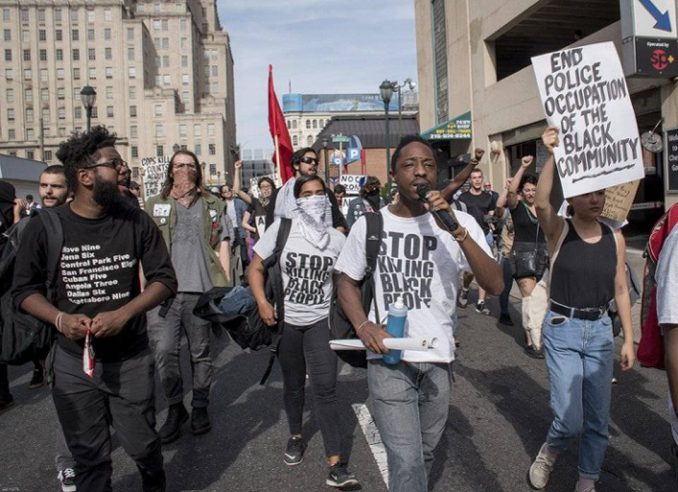 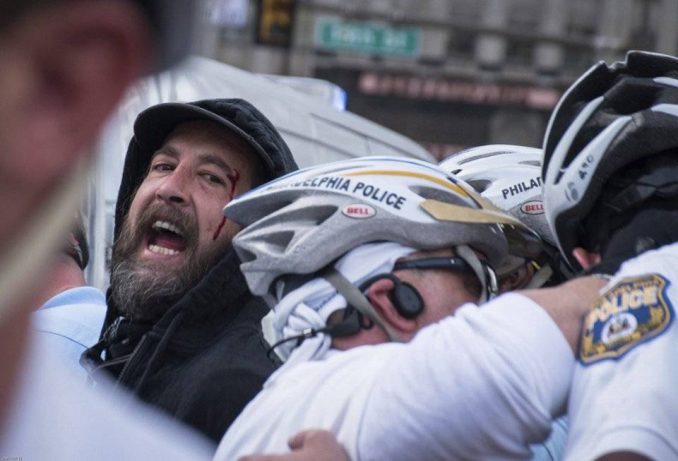 Protesters calling for the abolition of police rallied outside the International Chiefs of Police Convention in Philadelphia on Oct. 21 and then marched through Center City streets. At the end of the demonstration, as protesters were approaching the hated statue of former Philadelphia police chief Frank Rizzo, cops rioted. Six marchers were arrested, some injured.

March participants instituted jail support at the 9th Precinct, Hahnemann Hospital and finally the 15th Precinct until 3 a.m. in support of those brutalized by the state’s thugs. Instead of the cops being charged with riot and assault with deadly weapons, six activists will have to go to court to defend themselves against false and outrageous charges ranging from disorderly conduct misdemeanors to assault on a cop, a felony.

Philly for Racial, Economic and Legal Justice organized the protest. During the rally and march, the group’s members spoke on a sound system and handed out fliers explaining why police abolition is needed. Their leaflet begins with:

“Police abolition is a political position and community-based restorative process to self-governance in response to centuries old, sustained police terror and oppression of black, brown and poor communities.

“The process asks that:

“The resources that the police state monopolize be transitioned back into heavily policed communities through housing, education, and healthcare policies.

“Jail time and harassment be replaced with counseling and restorative programs.

“We have and utilize the right to armed defense.”

Hundreds of bystanders took videos of the protest and many gave thumbs up gestures as demonstrators wound through busy streets. The cop violence at the end of the march only reinforced the growing awareness for many community activists that reforms are useless: This whole rotten system of policing must be abolished!