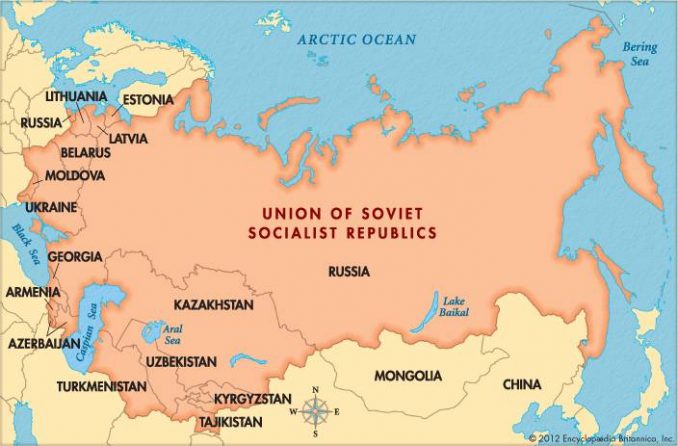 As we explained in Part 2 of this series, in the early years of the Bolshevik Revolution deep social advances were codified that made it the most enlightened country in the world regarding women’s rights and the elimination of state suppression of lesbians and gays.

All this happened in a few years despite the wretched material conditions of the masses, who bore the brunt of the human and material costs of World War I and then the civil war that followed the revolution, in which domestic counterrevolutionaries — the “white terror” — were reinforced by the military intervention of 14 imperialist countries.

Yet despite all the material difficulties, another most important advance was made in this period. It was the building of a multinational state based on the Soviets — councils of workers, peasants and soldiers — that brought together all the peoples formerly oppressed and exploited by the czarist autocracy and the Russian bourgeoisie. The Union of Soviet Socialist Republics was established in 1922 and was able to unite 69 different nationalities, spread out over 11 time zones, under one Soviet government.

How could this be done equitably and with safeguards for the oppressed nations when the Russians were the majority and some of the nations brought under Russian rule by czarist conquest were not only poorer and even less developed, but quite small?

The answer, arrived at after lengthy discussion with all the peoples involved, was a bicameral government with two houses: the Soviet of Workers, Peasants and Soldiers Deputies and the Soviet of Nationalities.

Sam Marcy on the Soviet state

Sam Marcy, the founding leader of Workers World Party, wrote an article titled “The Structure of the Soviet State” for publication in the Workers World dated Sept. 1, 1988. It is worth quoting extensively:

“The attitude of the ruling classes of the capitalist countries with regard to the national question in Russia underwent an extraordinary change when the Bolshevik Revolution triumphed in 1917. At first the international bourgeoisie attempted to malign the new republic by proclaiming that the revolutionary leaders, in particular the members of the Executive Committee of the Soviets, were not really representative of Russia. Dzerzhinsky was a Pole, Stalin was a Georgian, Trotsky was a Jew, other leaders were Ukrainian, Armenian and so on. It was the same tactic they used to bait communists in this country when the left movement had many members and leaders who were Jewish, Black or ­foreign-born.

“However, as the Revolution progressed, and as Soviet power took hold over larger and larger sections of the country, sweeping all the provinces and nationalities within its fold, it became clear that it was an all-national revolution. The international bourgeoisie thereafter took another tack and began to malign the USSR in a new way. Now it was said that the Great-Russians were oppressing all the other nationalities. …

“If it is true that the construction of a socialist society is impossible without a planned economy, it is equally true that a planned economy is impossible in a multinational country without the equality of all the nations and their free, voluntary association within the framework of a union of all the socialist republics. It was precisely to this question that Lenin devoted the last days of his life.

“How could the interests of a planned economy be reconciled with the apparently contradictory need for the equality of all the nationalities in the USSR? What kind of a state structure should be developed to give full vent to the workers and peasants and conform to the revolutionary reconstitution of Soviet society as it emerged from the overthrow of the czarist autocracy and the sweeping away of the bourgeoisie and the landlords?

“In 1918 this slogan was translated into the celebrated decree, the ‘Declaration of Rights of the Working and Exploited People,’ which embodied the fundamental state program and structure of the USSR. The leading ideological and political role taken by the Communist Party was the central factor in making the Soviets a living reflection of the interests of the exploited and oppressed masses of Russia.

“While the Congress of Soviets was revolutionary in form as well as in content, it still had some inadequacies. The problem of how to perfect the state structure covered many weeks and months of discussion, both during the periods of relative peace as well as during the war of imperialist intervention and the civil war. It was not until 1922-23 that the new structure of the USSR was to emerge, after intense if not heated discussions. This structure was the Union of Soviet Socialist Republics, and it differs from that of any capitalist government in two fundamental ways.

“There is another feature of the state structure of the USSR which is just as fundamental, yet the bourgeois ideologues and their myriads of apologists and historians rarely refer to it. It is even neglected in much of the progressive and radical literature of the workers’ movement. To understand this second feature, it would be helpful to first look at the innumerable capitalist state structures, whether their form be democratic, monarchical, military or even fascist.

“The most democratic form of the capitalist state may be unicameral, that is, having one body which enacts all legislation, plus an executive arm of the government. Or, as in the United States, it can have two legislative bodies, such as the House of Representatives and the Senate. However, not one of the capitalist governments, whatever its constitution may be, has an arm built into the framework of the state to deal with the national question and make sure that the nationalities within the country are represented in all important decisions.

“There may be references in the constitution to equal protection of the law, due process and so on. There may be special legislation regarding civil rights. There may be this or that agency dealing with complaints or enforcement. But there is no specific arm within the constitutional structure of any capitalist state which deals specifically with the question of nationalities. This differentiates the USSR from all the capitalist countries.

“From the point of view of its external characteristics, the USSR has this in common with some of the capitalist states: It has a bicameral system. In this sense, it seems like the U.S., but the two arms of its legislative structure are very different from the two houses of Congress here.

Soviet of Nationalities a revolutionary departure

“The members of both chambers serve equal terms, and no bill can become law unless adopted by a majority of both chambers. This all-important second arm is of extraordinary significance, particularly in the epoch of imperialism, in which national oppression is a characteristic feature. It is the kind of structure which, if incorporated into a bourgeois state, would tremendously assist the struggle of the oppressed nationalities against the dominant nationality.

“In constructing this mechanism for governing, the Soviet Union accorded recognition to the existence of nationalities in a revolutionary way which had never been done before. It created an equality between the two chambers, one based on representation according to the proportion of the population, the other on guaranteed representation for every nationality. In this way, not only the general interests of the working class are reflected, but also the very special and important interests of all nationalities.”

When the Soviet Union was dissolved in 1991, what followed was a true disaster for the working class — and especially for those nationalities not Russian, who have not recovered to this day. The indices of social welfare — infant mortality, maternal deaths, life expectancy, alcoholism and drug abuse, prostitution, unemployment, spread of infectious diseases — all worsened dramatically in a few short years.

We said earlier that this series would examine the objective reasons for political regression in the Soviet Union, which ultimately led to its collapse without the workers being willing or able to mobilize significantly in its defense. There were, of course, tremendous struggles within the party that broke out after Lenin’s death. Much has been written in support of one leader or another. Our focus here is not on who was right, but on why this struggle needed to happen in the first place.

For that, we need to understand the material conditions that undermined this great revolution and the party that led it, rather than putting it all down to the personalities of any of the Soviet leaders, be they Stalin, Trotsky, Khrushchev or Gorbachev and the rest of the crew that actually presided over the dissolution of the first workers’ state.

Next: Wolves in sheep’s clothing.