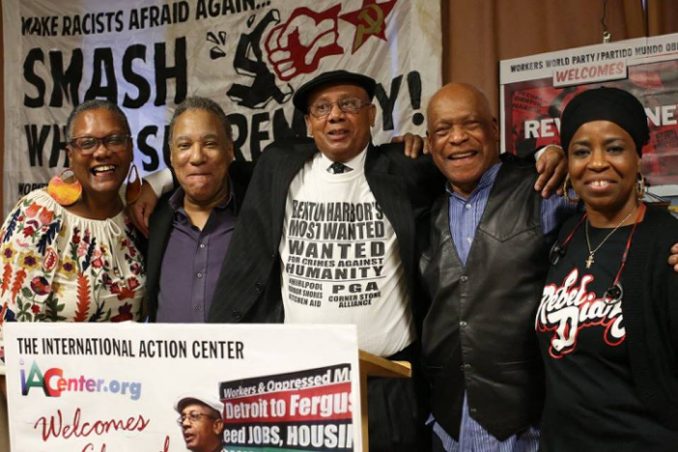 Pinkney was framed and found “guilty” of “voter fraud” by an all-white jury. The prosecution claimed this occurred during a recall campaign against James Hightower, the white former mayor of Benton Harbor, Mich. Pinkney was released from prison in Marquette in June, after serving 30 months of a 30-month to 10-year ­sentence.

Pinkney was a thorn in the side of the Whirlpool Appliances Corporation, which laid off many Black workers in Benton Harbor at the end of the 1990s during the deindustrialization period resulting from capitalist globalization.

On behalf of Whirlpool’s interests, the local racist powers that be targeted Pinkney for leading a struggle to empower the blatantly disenfranchised Black community, which also faces intense police brutality.

During the Sept. 30 reception, Pinkney shared his experiences in prison, especially his efforts to teach basic learning skills to his younger fellow Black inmates, ages 18 to 22 years, many of whom were unable to read or do math. His inspiring message to the audience was all about building unity and solidarity inside and outside the prison walls.

An audio message taped by Mumia on Jan. 29, 2016, was played, in which the internationally honored political prisoner stated that Dr. Martin Luther King Jr. would have admired Pinkney.