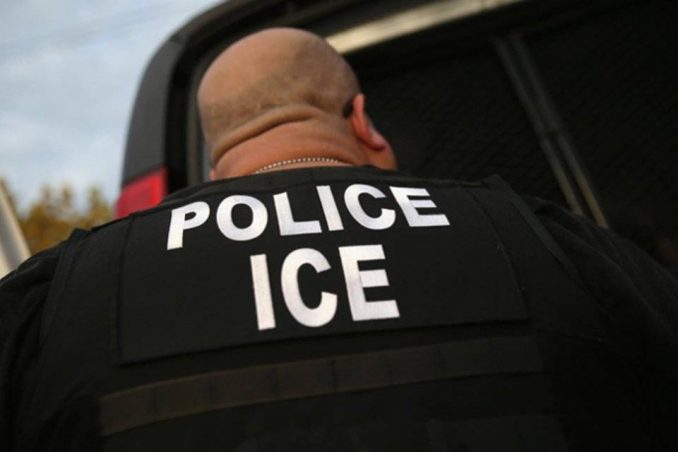 The bigot-in-chief in the White House has intensified his aggressive, racist war on immigrants. For four days, starting on Sept. 24, Immigration Customs and Enforcement agents, on orders from the Department of Homeland Security, rounded-up undocumented workers in “sanctuary cities” throughout the U.S. The number arrested: 498.

This sweep violated the laws and policies enacted by local governments to offer some protections to these immigrants from federal law enforcement agents, detentions and deportations. Immigrant rights’ activists view these arrests as vindictive retaliation against cities which oppose the White House’s aggressive deportation policies.

ICE agents arrested 167 people in Southern California, with 101 detained in Los Angeles. The second-highest arrest figure was in Philadelphia, where 101 immigrants were rounded up. Other arrests took place in Baltimore, the Boston area, northern California, the Chicago region, Denver, New York, Philadelphia, Portland, Ore., and Seattle. These migrants had traveled from 42 countries.

Immigration agents carried out a real cloak-and-dagger operation against these unsuspecting workers and parents. They monitored everyone’s moves in advance of the arrests. Then, in the early morning hours, ICE agents swept into communities and grabbed people about to start their workday and/or take their children to school.

John Parker, a Workers World Party leader in Los Angeles and an organizer of local pro-immigrant rallies, emphasized to this writer, “All progressive people should oppose these outrageous roundups, defend our sisters and brothers from this racist repression, and protest their detentions and deportations by any means necessary.”

White House officials began their attack on the hundreds of sanctuary cities during their first week in office. The Trump administration issued an order to withhold federal funds from these local governments, but so far federal courts have blocked such financial punishment.

Attorney General Jeff Sessions, another arch-racist, has made it his mission to aggressively root out undocumented workers and to punish every city trying to protect them from ICE. Sessions has demanded that federal agents be given access to jails and that the release of immigrant prisoners be delayed so ICE can arrest them.

However, resistance to the Trump/Sessions’ policy has come from hundreds of city governments, which have restricted what local police can do to aid ICE’s pursuit of the undocumented. So the attorney general has retaliated by ramping up arrests of immigrants in these sanctuary cities, claiming “public safety” is at stake.

Salvador Sarmiento, a National Day Laborers Organizing Network coordinator, criticized the arrests in non-compliant cities: “ICE is operating as a politicized security force … arresting 498 people in cities that represent the political opposition to an unconstitutional federal overreach on immigration. No one believes that Trump or ICE is guided by public safety.” (Mercury News, Sept. 29)

The term “sanctuary city” arose in the 1980s when Berkeley, Calif., and other municipal governments pledged to accept migrants from Central America, at a time when some from that region were restricted from entering the U.S. Today the term generally refers to cities which support undocumented immigrants and protect them from ICE.

The Trump administration came into office spewing hostility to immigrants, slandering Mexicans and threatening to build a wall between the U.S. and Mexico to keep them, and other migrants from Central and South America, out. These officials have continued to vigorously pursue their racist anti-immigrant campaign, in league with ultra-right Republicans, and playing to their base of super-bigots.

Sessions is doing all he can to buttress and expand the Trump government’s xenophobic campaign. He announced Sept. 5 the end of the Deferred Action for Childhood Arrivals program, an Obama-era policy that protected 800,000 young immigrant workers, students and parents from deportation. Reportedly, negotiations are ongoing with the Democrats to keep these young people in the U.S.

In carrying out the program of the racist clique in the White House, ICE has been deporting immigrants at twice the rate of a year ago. During the first three months of the current administration, the agency arrested more than 400 immigrants daily. It has becoming increasingly clear that the status of all 11 million undocumented workers and their relatives is in danger.

It is the duty of all progressive individuals and organizations to denounce the scapegoating, demonizing and criminalization of immigrants and to express the strongest solidarity with them. Their calls for full civil and legal rights must be supported so that all immigrants can live, work, study and raise their families in the U.S., free of government harassment and the ever-looming threats of detention and deportation.