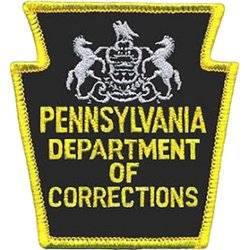 A letter from the Pennsylvania Department of Corrections (DOC) received by WW Publishers on Sept. 11 stated, “The August 31 issue of Workers World newspaper has been denied to all inmates housed in Pennsylvania prisons.”  Their reason: The issue contains articles that “call for people to join the fight against white supremacy.”

This is the fourth issue of WW denied so far to Pennsylvania prisoners since Donald Trump’s election. Earlier in 2017, the DOC censored issues numbers 7, 12 and 13 for advocating a May 1 global general strike.

Page 2 of the Aug. 31 issue cited by the DOC featured an article entitled “AFL-CIO’s Trumka leaves Trump council — He never should have joined!” The DOC seems to have taken offense with this paragraph: “The bigger question for labor is, of course, the conduct of Trumka. How could he justify taking a seat on this hideous council, knowing all about Trump’s bigoted rhetoric and the presence of open white supremacists in the cabinet?” (workers.org/2017/08/29/)

The page 7 article also cited was entitled “A statement from the Durham branch of Workers World Party: On the toppling of Confederate statue.” On the top of page 11 was “BULLETIN: More Durham arrests — Call the sheriff!” (workers.org/2017/08/29/)

Every U.S. newspaper has carried articles this past summer about the growing fight against white supremacy. Prisoners have as much right to read Workers World as any other newspaper or magazine, especially because WW articles are written by activists playing leading roles in that dynamic movement.

Instead of limiting the response to an appeal letter, Workers World shared this DOC letter widely in social media so the public could view the white supremacist attitudes of the prison administration in their own words. The loved ones behind bars in Pennsylvania and every state are subjected to those racist attitudes and actions every day.

WW urged readers and activists to send complaints to the Department of Corrections, 1920 Technology Parkway, Mechanicsburg, PA  17050; 717-728-2573. Reporters from RT, the Guardian newspaper, Newsweek and other media outlets reached out to WW for confirmation and comments. Many expressed initial disbelief that the DOC would be so blatant in their support for white supremacy until it was confirmed that the letter was legitimate.

By Sept. 28, the DOC issued a written response calling its own Sept. 11 letter “a poorly written reason for denial.” Contrary to the earlier letter WW received, the new statement claimed it was “a denial from one State Correctional institution to ONE inmate.”

After criticizing their own reason for their denial as “grossly inaccurate,” the DOC reacted to wide public condemnation, alleging it “does not tolerate racism in any form and supports policies of equality.”

Workers World has yet to receive an official response letter from the DOC.