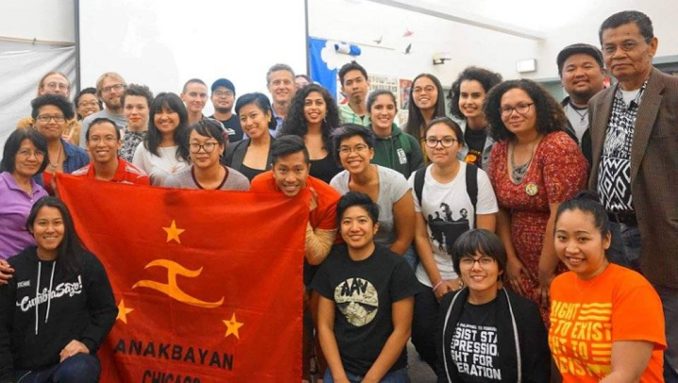 The forum “Struggle Against Fascist Attacks at Home & Abroad” was held here the evening of Sept. 18, convened by Anakbayan Chicago and the International Coalition for Human Rights in the Philippines (ICHRP)–Midwest.

Held on the 45th anniversary of the declaration of martial law by Philippines dictator Ferdinand Marcos, convener speakers addressed the current martial law crackdown by the Duterte regime in the Philippines province of Mindanao. They exposed the even more widespread military repression against Muslim and Indigenous Filipinos, the regime’s so-called drug war that has claimed the lives of over 12,000 victims, and the growing U.S. military support provided to the Duterte regime by the Trump administration.

In a lively discussion, attendees pledged to build a broad solidarity movement against oppression and injustice here and worldwide.