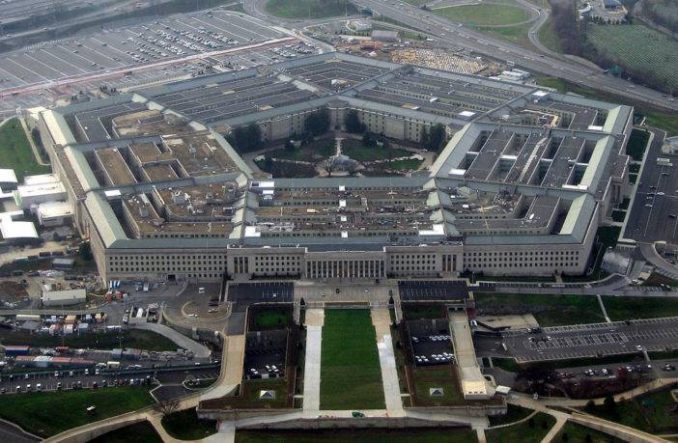 The bully-in-chief had another opportunity to grandstand this week. This time, it was at the U.N. General Assembly, where Trump threatened to “totally destroy” north Korea and called Iran a “rogue nation.” He also said the United States was “prepared to take further action” on Venezuela, another open threat against a country trying to break free of U.S. domination.

Even as Trump’s talk focused on saber rattling, yet another highly destructive hurricane was ravaging the islands in the Caribbean, starting with the near total destruction of Dominica. It’s a fact known to all scientists that it is global warming, not north Korea, that is threatening the world with ever greater devastation. Meanwhile, the U.S. ruling class, supposedly so worldly and wise, panders to a president who tosses science out the window and speaks poisonous nonsense from the hip.

While Trump captured the headlines, the congressional political machinery bought and paid for by the military-industrial-banking complex passed a $700 billion Pentagon budget — the biggest ever. There’s no doubt that this huge gift to the war makers will further bankrupt any useful domestic programs remaining in the budget.

But don’t put it all down to Trump. In many ways, he epitomizes the parasitic ruling class of billionaires running this country. However, he is taking his lumps from many in the capitalist establishment. They may think like him, but he’s just not supposed to say these things openly. That can get him in trouble, even with some of his peers.

U.S. imperialism is in a very different position than it was at the end of World War II. It took credit then for defeating Nazism and fascism in Europe, even though it was the USSR that had borne the brunt of the Nazi offensive. It was Soviet troops that liberated Berlin, tore the swastika down from the Reichstag and raised the red flag. And it was Italian Partisans, led by communists, who captured and executed Mussolini.

Today the admirers of Hitler and fascism are alive and well in Trump’s USA. He has even put an equal sign between the neo-Nazis/Klan and those fighting to end white supremacy and the terrible legacy of slavery in the U.S.

The USSR occupied Eastern Europe after World War II, but having lost 30 million people and most of its industry it had limited means to support the progressive governments set up on the ashes of the pro-Nazi regimes that had ruled there.

U.S. capitalism, on the other hand, was riding high. Its imperialist rivals in Europe and Asia had either been destroyed or terribly weakened. The U.S. emerged with its vast industrial machine intact and producing half the world’s manufactured goods.

The U.S. then posed as the peacemaker of the world, spending over $13 billion to rebuild Western Europe through the Marshall Plan. This investment, taken out of government funds, paid off many times over for U.S. corporations.

There were lots of jobs then in this country, and the bosses, under pressure from a powerful strike wave in 1946, granted some wage increases. But at the same time they began a domestic war against the progressive movement, driving “reds” out of the unions, campuses and public jobs. (One of those fired was Vince Copeland, a former steelworker and the first editor of this newspaper.) It was part of preparing for the Cold War against the USSR and another hot war, this time aimed at the Democratic People’s Republic of Korea.

The Republican Trump isn’t the first U.S. president to threaten to “destroy” north Korea. The Democrat Harry Truman actually tried to do just that in one of the most brutally uneven wars in history. From 1950-53, the U.S. poured some 5 million troops into Korea and more bombs than it had dropped in the Pacific during the whole world war. The Pentagon did destroy almost every building in the north, and millions of Korean people.

But it could not destroy the Korean people’s spirit of resistance.

We owe it to ourselves — and to the people of the world — to resist just as heroically the current U.S. capitalist leaders. They are preparing for bigger and more destructive wars, even as the problems at home mount for all workers, but especially those facing the double or triple whammy of racism, sexism, anti-­LGBTQ and anti-immigrant oppression.