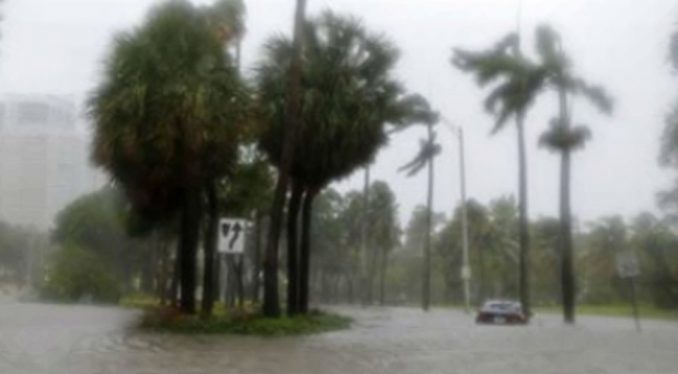 The aftermath of Hurricane Irma, despite the storm hitting Florida with less force than at first expected, again highlights the lack of government preparation and the inequality of suffering in capitalist society.

Among the sectors of the population most abandoned by the government were the migrant Haitian and Latinx people outside Naples in Imokalee, Fla. A Sept. 14 article in The Daily Beast says these “residents outside Naples have been practically forgotten,” and they were “left to sleep in condemned trailers” and “forced to cook outside.”

“Entire neighborhoods were flooded by stagnant water, with piles of paneling strewn across roads and yards, trees draped over the tops of trailers crushing their roofs, and tarps acting as makeshift roofs. ‘There is no food, no light, no gas, nothing,’ said Pastor Louicesse Dorsaint of Haitian United Evangelical Mission.”

Immokalee’s migrant population works on nearby farms. Many are undocumented and feared Immigration and Customs Enforcement agents at a school shelter until they were assured they would not be picked up. When they returned to their homes, many of them mobile homes, they found them condemned and couldn’t use them. (tinyurl.com/ybljy35j)

Deaths in a nursing home

Since power was out for millions of customers, many of the facilities were running on generators, if at all, though they are inadequate for keeping air conditioning running in the Florida heat, which put many of the elderly at risk.

Gov. Rick Scott cried “inexplicable,” and quickly pushed through a ruling that all such facilities should have a backup generator and a four-day supply of fuel. But, truth to tell, it is all too explicable.

There are hundreds of privately owned nursing homes. As Dale Ewart, vice president of 1199SEIU, the United Healthcare Workers East union, told Democracy Now! on Sept. 14: “There are broader questions about what we’re willing to allow nursing homes to get away with and what kind of accountability we want to have for the billions of dollars in public money that supports this industry.”

He added that some “70, 80 percent of the revenue that supports this industry is our money through Medicaid and Medicare. Back in 2002, Florida passed a series of nursing home reforms that, among other things, created some of the highest staffing standards in the nation, for Florida’s nursing homes. And in the 10 years that followed, the nursing home industry, using its political connections, has rolled those back significantly.”

Like the rest of capitalist society, these homes operate to maximize profits. That means keeping wages as low as possible and staff to a minimum while cutting costs on things like backup generators. It also means keeping unions out.

“Inexplicable”? Tragedies like these post-Irma deaths are almost inevitable.

When the s–t hits the fan

The poorest and most vulnerable lose most in these catastrophes, often their homes, sometimes their lives. Nearly all who had to or chose to stay in Florida during and after Irma paid a price for the lack of preparation and utter lack of infrastructure. As an article in the Sept. 14 New Republic put it, south “Florida was covered with a film of poop.”

South Florida used to be one big swamp, barely above sea level. Much of it was made habitable by draining and dredging. This left little leeway for storm surges and torrential rains.

After Irma, “Pollution reports submitted to Florida’s Department of Environmental Protection” showed that “more than 28 million gallons of treated and untreated sewage [had been] released in 22 counties.” (tinyurl.com/ybjfeq9h)