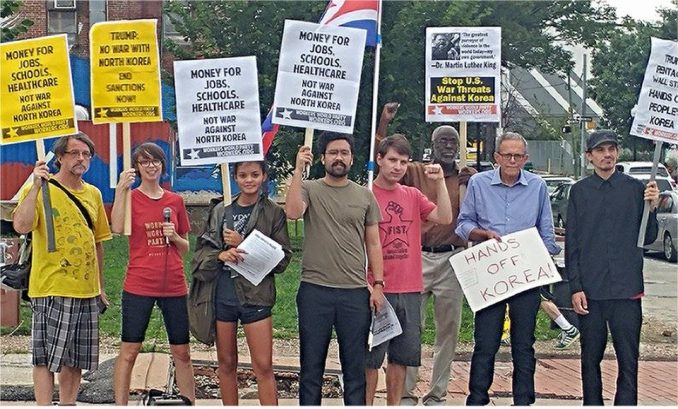 Activists with Workers World in Baltimore held a rally in solidarity with the Democratic People’s Republic of Korea on Aug. 15. Protesters demanded that the U.S. government cease its war threats against Korea and sign a peace treaty to finally end the Korean War. They also recognized the DPRK’s right to sovereignty and self-defense, including having a nuclear deterrent against a U.S. attack. Despite nonstop racist propaganda of the mainstream media directed against the Korean people and their chosen leadership, many passersby expressed their enthusiasm and support for this demonstration.