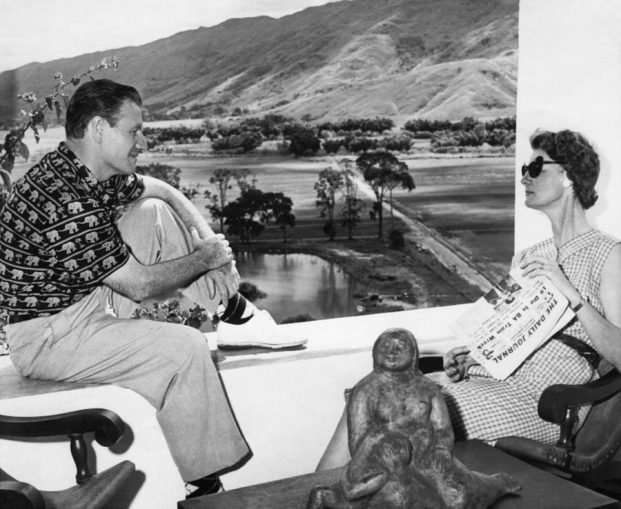 After some 8 million Venezuelan people exercised their right to vote for a Constituent Assembly on July 30, the U.S. government responded by declaring the harshest economic sanctions yet against the South American country.

Yes, that’s right — just because the Venezuelan people voted in a way displeasing to the U.S. empire, Washington exercised its “right” to try to starve them into submission.

This from a government that got into office through an election last year that cost $6.8 billion, according to the Center for Responsive Politics. In other words, the price tag to buy the U.S. elections which resulted in Trump becoming president — including all money spent by candidates, political parties and independent interest groups — was $6.8 billion. It ensured that those elected would repay their sponsors many times over by cutting taxes on the wealthy, allowing polluting companies to get away with it, and slashing social services and many other gifts to the super-rich.

It was a different kind of election that just took place in Venezuela. The candidates didn’t have big money behind them. The 545 people elected to the Constituent Assembly include 364 chosen on a regional basis and 181 whose seats are allocated to represent different social groupings: 79 from workers’ associations, 28 retirees, 24 communal council members, 24 students, eight farmers, eight fishers, five with disabilities and five from business.

The members of the Constituent Assembly are charged with drawing up a new Constitution for the country. U.S. big business is fearful that this will further empower the workers, farmers and youth who have been the mainstay of the Bolivarian Revolution, begun under President Hugo Chávez and continued since his death by President Nicolás Maduro, a former bus driver and union leader.

Rockefellers want ‘their’ oil back

The U.S. sanctions on Venezuela are aimed at its oil industry, the country’s main export. For decades, Venezuela’s oil wealth was a bonanza for the Rockefeller-owned Standard Oil empire. It is telling that today, U.S. foreign policy is in the hands of Rex Tillerson, the former head of ExxonMobil — the direct descendant of Standard, which morphed to Esso and then Exxon.

While most of Venezuela’s oil profits were siphoned off by the Rockefellers, there was enough to enrich a high-living class of Venezuelans loyal to the empire. They were the antecedents of today’s “opposition,” which has used ever-more violent tactics to try to pull down the Bolivarian government. It is so named in honor of Simón Bolívar, who fought to liberate Latin America from Spanish colonialism.

But while Venezuela before Chávez was controlled by a well-heeled bourgeois class, it had, despite its oil wealth, a majority of terribly poor people, so impoverished and hungry that in 1989 tens of thousands rioted over high food prices in what came to be called the Caracazo — the uprising.

It was that uprising that caused Chávez, then a soldier in the Venezuelan Army, to lead an attempted coup against the corrupt government. He was jailed but became so popular that after his release he was elected president.

The U.S. imperialists are using food as a weapon in their efforts to return Venezuela to the neo-colonial status that the majority of its people once endured. While President Trump threatens the Bolivarian government with military intervention, his collaborators, the bourgeoisie inside Venezuela, having earlier tried but failed to shut down the oil industry, are now sabotaging food distribution.

The new U.S. sanctions have cut off Venezuela’s access to funds at a time when the decline in world oil prices has deeply affected the country, which gets 95 percent of its export earnings from oil.

President Maduro calls these sanctions “economic war” against Venezuela and vows they will not succeed. The new Constituent Assembly will have its hands full as it pushes back those who would starve the people into submission.