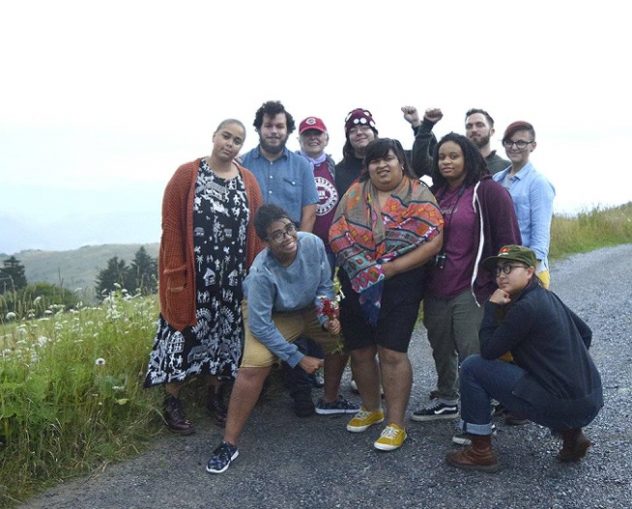 In the Virginia mountains

Over the Aug. 11-13 weekend, in the picturesque mountains of Virginia, 14 young candidates and senior comrades of Workers World Party came together to discuss, learn and deepen their understanding of what it means to be part of a revolutionary cadre organization. To be a member of Workers World Party requires commitment, not only to struggle, but to continual learning.

The Southern Marxism School began by welcoming comrades and candidates from Florida, North Carolina, Virginia and New York. Grounding, introductions and orientation kicked off the first night in preparation for classes and discussions the next day.

Topics discussed included imperialism and its attacks on Latin America, particularly on contemporary ­Venezuela; the historical role of the Bolshevik paper Iskra in early 20th-century Russia; the current role of Workers World paper, and how to find one’s place in the party through writing; Marxist economics and terminology; Queer, Trans and Women’s Liberation, which led to a powerful discussion on the role of the police and military in a workers’ revolution in light of the ban of trans people from the military; and Identity Politics, Cadre and Building the Party in the South. Members and candidates were left reflecting on how to cement themselves in a struggle identity.

A candidate comrade stated: “Our conversation surrounding identity politics really resonated with me. I came away with a better understanding of a revolutionary identity. Through the support of branch leadership, comprised mainly of female and gender nonconforming people of color, I’ve been able to root myself in our collective struggle towards liberation.”

“Whether it was discussions about the role Marxism-Leninism plays within Black and Brown communities or learning how the party stands in solidarity with and fights for oppressed and marginalized people and nations fighting imperialism, I discovered what it means to be a member of Workers World. With the mentorship from powerful, queer, people of color party leaders I experienced the true essence of comradery,” said another candidate comrade.

During the Aug. 12 classes and discussions, reports came in from comrades fighting back in Charlottesville, Va., including reports of the injuries to dozens and the death of Heather Heyer. Comrades found comfort and strength in each other, remaining rooted in a Marxist-Leninist perspective and committed to the revolutionary path forward. Pause and reflection came that evening on a mile-high mountaintop, in what would become a calm before the storm of struggle poised to form in Durham, N.C.

The weekend ended with discussions of upcoming initiatives and pledging commitments toward local work. The Durham branch, in particular, is ripe for growth, with a strong dedication to theory and practice.