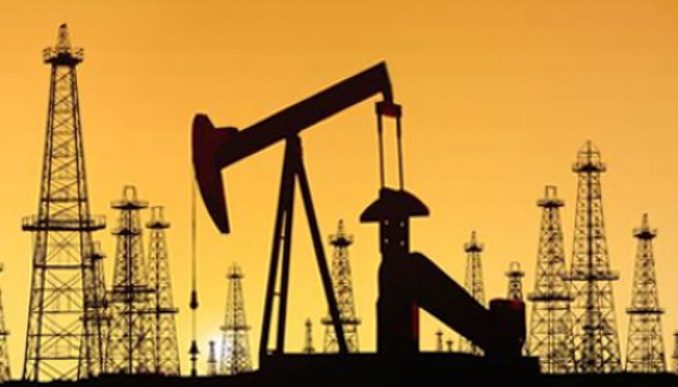 President Uhuru Kenyatta has been declared victorious in his bid for a second term as leader of the largest economy in East Africa. The Independent Electoral and Boundaries Commission Chairman Wafula Chebukati announced this after presenting the tallied votes to the public on Aug. 11 in Nairobi.

Kenyatta, 55, the son of the former British colony’s founding President Jomo Kenyatta, repositioned himself politically during 2016 when he formed the Jubilee Party. His campaign emphasized the need to restructure the Kenyan political system by turning over more authority to people within the counties and elected members of parliament.

The incumbent Kenyatta championed the annual 5 percent rate of growth in Kenya and held out the promise of sustainable development through the vast discoveries of oil and prospects for natural gas exploitation. In a regional framework, Tanzania, Uganda, Mozambique as well as Kenya have been the source of substantial investments in the energy sector.

Despite these much-lauded advances in economic potential, the Kenyan political scene is sharply divided between supporters of the president and his archrival Raila Odinga. Following the lead of Kenyatta, Odinga formed the National Super Alliance (NASA) coalition, bringing together several parties into an umbrella with the Orange Democratic Movement, which the politician leads.

Odinga is the son of Jaramogi Oginga Odinga, another prominent independence-era political figure and vice president in the First Republic formed in 1964 by Jomo Kenyatta. He often projects an air of entitlement to the presidency of Kenya. President Kenyatta and Vice President Odinga split in 1966 after disagreements over Kenya’s relationship with the U.S. At the time, Odinga was considered to the left of Kenyatta, favoring a closer alliance with the socialist republics of the USSR and the People’s Republic of China.

In 2007, a contested election sparked violent reprisals, leaving over 1,000 people dead and hundreds of thousands dislocated. Mediation efforts by the African Union and other state entities on the continent brought about a unity government in 2008, with Mwai Kibaki as president and Odinga taking the position of prime minister.

In 2013, Odinga attempted again to win the presidency by claiming he would improve relations with the West. Kenyatta ran a formidable race, coming out on top in defiance of the wishes of the U.S. and Britain. Odinga rejected the election outcome, taking his claims of massive voter fraud to the Kenyan Supreme Court, which instead upheld the popular vote.

Four years ago, Washington and London warned of grave consequences if Kenyans voted for Kenyatta. Both the president and Vice President William Ruto were under investigation by the International Criminal Court in the Netherlands for ostensibly playing a role in the 2007-08 internecine conflict. Deadly clashes pitting supporters of former President Kibaki against Odinga voters appeared to reveal an internationality oppositional character since the candidates were associated with the Kikiyu (Kenyatta) and Luo (Odinga) groups.

The ICC pursuit of both Kenyatta and Ruto was dropped under the weight of the absurdity of the charges brought against these sitting leaders. This desire to detain, prosecute and imprison Kenyatta and Ruto further alienated many African leaders from the ICC. During the 50th anniversary summit of the AU, held in Addis Ababa, Ethiopia, in 2013, discussions began over whether member-states would unilaterally withdraw from the Rome Statute that established the ICC. These plans have not materialized due to the political and economic pressures exerted by the Western imperialist states and their allies in Africa.

One glaring progressive trend that emerged from the Aug. 8 Kenyan general elections was the victory of 22 women members of parliament, along with three female governors, the first in the country’s history.

An Aug. 11 Daily Nation article noted: “A record 22 women had by [Aug. 10] decisively won constituency seats in General Election, an increase from the 2013 number. And in some areas, a woman was being elected to a seat that has been the domain of men. But although the women set for the 12th Parliament are still few, they increased by six from the 16 elected in the last elections.”

The Evening Standard emphasized on Aug. 10: “It is history in the making for Kenya as we are set for our first female governors. Previously, all the 47 governors were male. The three strong women fought tooth and nail to secure their county’s top job. This is also good news for gender equality. Kenya is set to have its first female county bosses.”

President Paul Kagame of the Rwanda Patriotic Front won over 98 percent of the vote in the Aug. 4 national elections. The only party certified to challenge the president, whose party has ruled the Central and East African state since seizing power in 1994 after the genocidal war, was the Democratic Greens led by Frank Habineza, coming in a far distant second.

Before 1994, an estimated 800,000 Tutsis and moderate Hutus were slaughtered over a period of three months as the-then Rwandan military, backed by a militia known as the Interahamwe, sought to eliminate their opponents. The RPF began as an armed movement with close ties to neighboring Uganda in 1987. Kagame served in the Ugandan National Resistance Movement led by current President Yoweri Museveni, who has been in power in Uganda for more than three decades. The Rwandan leader received training in U.S. military colleges and maintained close ties to the Pentagon, serving as an ally in Washington’s foreign policy imperatives in East and Central Africa.

Rwanda is known for having the largest participation of women internationally in its parliamentary structure, some 61 percent. In addition, 50 percent of the Supreme Court justices are women, as well as a significant number of cabinet ministers.

Nonetheless, the legacy of collaboration with the U.S. hampers Rwanda’s ability to exercise genuine sovereignty and an independent foreign policy. However, in recent years the Rwandan capital Kigali’s relationships with nations previously warred against in the Democratic Republic of Congo during Rwanda’s 1998-2003 occupation in partnership with Uganda seem to have improved. In 1998, the Southern African Development Community military commission, headed then by the Republic of Zimbabwe, authorized the deployment of troops from Zimbabwe, Angola and Namibia to defend the government of the late former DRC President Laurent Kabila. The SADC mission halted the Washington-backed attempt, through Rwanda and Uganda, to seize control of the enormous mineral-rich central African state.

Rwanda Patriotic Front rule has stabilized the country to the extent that the United Nations recently announced Rwandan nationals living in other African states should return home. Zimbabwe, central to halting the takeover of the DRC nearly two decades ago, recently requested that Rwandans living in that Southern African nation return to their country.

From Kenya and Rwanda to Angola and South Africa, parties continue to struggle to control state apparatuses amid dominance of regional economies by Western states.