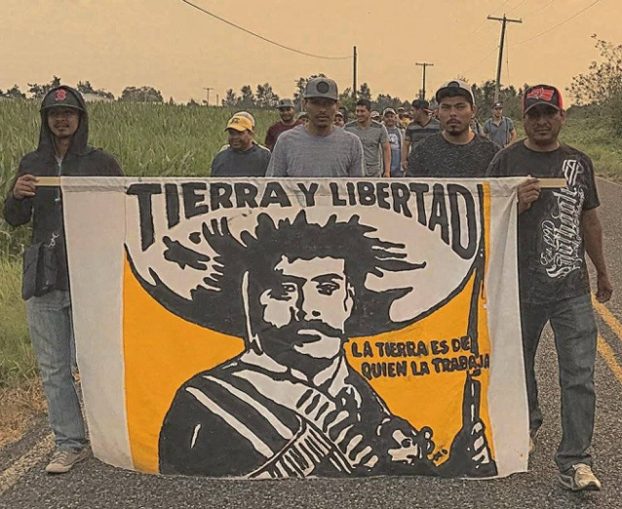 Mexican farmworkers in northern Washington state struck Sarbanand Farms on Aug. 4 to protest the death of Honesto Silva Ibarra, who died of overwork and heat exhaustion in the blueberry fields, according to Community2Community Development, a solidarity organization.

This was the first strike by workers since the bracero-type H-2A visa system was instituted in 1986. Some 15,000 agricultural workers in Washington are H-2A workers this year. These workers were brought up from Mexico and forced to work 13-hour days picking berries for Sarbanand Farms. Sarbanand Farms is owned by Munger Farms, a major agribusiness corporation in Delano, Calif., which is known for its abuse of farmworkers.

Honesto Silva Ibarra, the father of three children, had complained for several days about being so sick he couldn’t work. “They said if he didn’t keep working he’d be fired for ‘abandoning work,’” said a co-worker. Silva died several days later after being transported to a local clinic and then to Harborview Hospital in Seattle.

When the workers found out he was in the hospital, they formed a committee and demanded better conditions from management. When they were turned away, 70 workers went on strike. The next day, they were fired for “insubordination.”

The farmworkers had complained for weeks about the terrible working and living conditions, according to Ramón Torres, of Familias Unidas por la Justicia (FUJ), a local farmworker union. The food is bad with only small portions, the drinking water is warm, and the workers have to pay for both. The temperatures are in the 90s with no shade in early August. Also, the air is smoky from recent forest fires. Some workers have fainted while picking the blueberries.

After the 70 workers were fired, they packed their bags, moved a mile down the road and began an occupation — despite receiving threats of being deported. They camped out on the property of a friendly Latinx family. Hundreds of local people donated tents, water, food, coolers, a generator and more. The workers were helped by the FUJ and the women-led Community2Community Development.

The workers from the camp marched on Sarbanand with solidarity groups on Aug. 8. When they reached the farm, 50 more workers came out and joined them. By now, the workers at the camp were receiving publicity and support from media across the country and in Mexico.

Questions remain for the workers. What will happen to their visas? Will they be able to work in the future under the H-2A system? They could be dropped from any future employment by the company that recruited them, CSI Visa Processing. At least the workers have supporters working on these issues.

The workers are now starting to return to Mexico, with their transportation paid by Sarbanand, as the law requires. The farmworkers have strengthened their standing by organizing and fighting back. They’ve exposed H-2A as a system of bondage set up for the advantage of the bosses against the working class. Honesto Silva Ibarra, ¡presente!