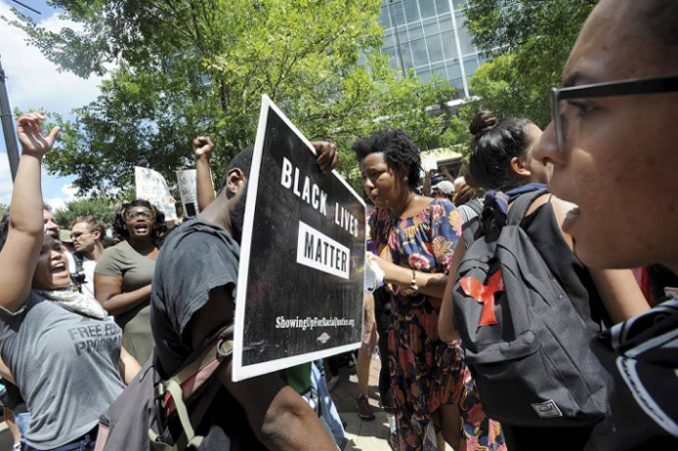 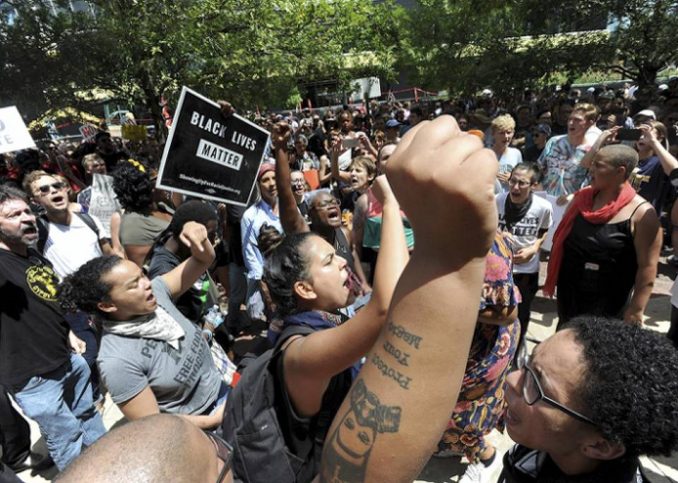 A planned march by the Ku Klux Klan was shut down on Friday, Aug. 18, in Durham, N.C., by a tremendous and thoroughly multinational outpouring of the community. Upwards of 1,000 people gathered downtown after the news of the KKK’s planned march broke earlier that morning.

On Aug. 14, a demonstration in solidarity with Charlottesville, Va., and against white supremacy had heroically toppled a Confederate monument in Durham. Several of the participants were later arrested. The Klan then announced they would march at the site where the monument once stood.

But because of the solidarity and overwhelming response from the community, the Klan never showed.

Friday’s demonstration had the character of an uprising. For nearly seven hours, people held the streets at the site of the toppled monument. They later marched to the jail and faced off with riot cops. People burned Confederate flags, redecorated the former monument with messages such as “Death to the Klan,” and danced and celebrated this momentous victory.