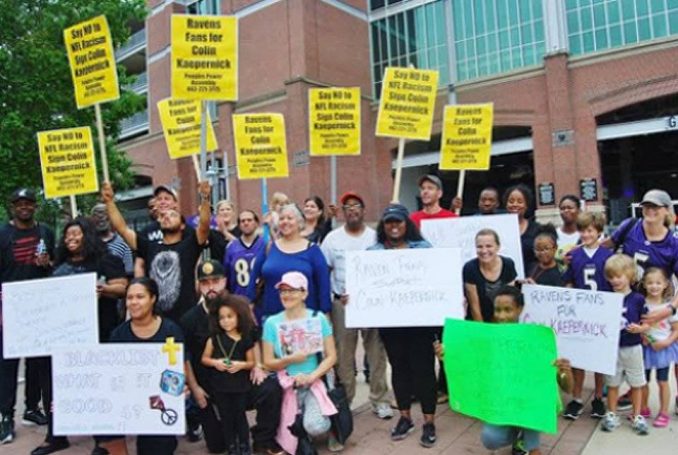 Activists supporting Colin Kaepernick against a barrage of racist attacks came out on Aug. 12 to the Baltimore Raven practice session at the M & T Bank Stadium. The diverse group of supporters were voicing their displeasure at Baltimore’s National Football League team for refusing to sign a contract with Colin Kaepernick that would have given him a spot on their roster for the upcoming season.

The protesters were standing up to the NFL itself, believing that NFL owners are purposely destroying Kaepernick’s football career because of his resolute and principled opposition to racism and police terror.

In the middle of last season Kaepernick took the courageous stand of kneeling during the singing of the U.S. national anthem to draw attention to police terror.

For the Aug. 12 action, Baltimore activists spread across the entrance to the stadium and knelt in solidarity with Colin Kaepernick.