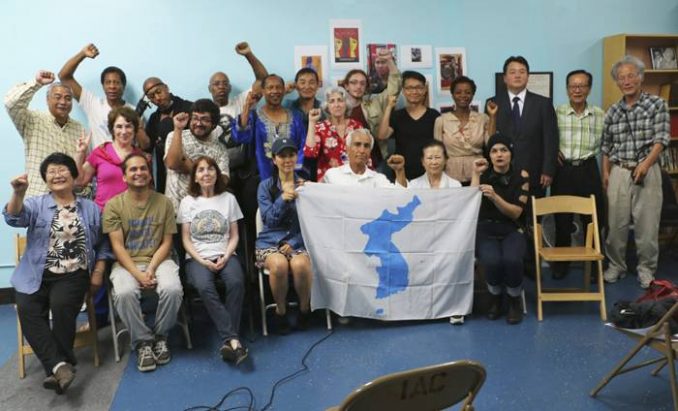 A packed audience met the call issued by the International Action Center-Los Angeles for “No war on north Korea!” They heard longtime anti-war activist Ken Roh speak from his experience of many trips to the Democratic People’s Republic of Korea and from his writing for Minjok Tongshin, an anti-imperialist Korean web news outlet reporting on the DPRK. Also defending the DPRK’s right to sovereignty was Maggie Vascassenno, who reported on the history of U.S. aggression there, including the recent placement of U.S. THAAD war missiles in south Korea and provocations against north Korea.