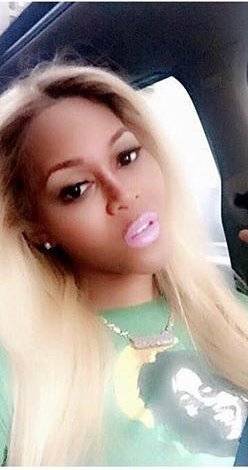 Tonight, some 2.3 million people in the United States will fall asleep in a prison, jail or juvenile or immigrant detention facility. (prisonpolicy.org) Many will suffer terrible violence while incarcerated.

One of those 2.3 million is Eyricka King, a Black trans woman incarcerated at Franklin Correctional Facility in Malone, N.Y., where she has experienced beatings, sexual harassment, solitary confinement and denial of medical treatment. Franklin is located near the Canadian border, over 300 miles from King’s home and supporters in New York City.

King is being housed in a men’s prison, which is the typical treatment for trans women in New York state and places her at extreme risk of sexual violence. In order to cover up beatings by prison staff, King has been moved into solitary confinement on a trumped-up infraction. Solitary confinement punishes her for being trans and makes her more vulnerable to abuse by corrections officers. It is crucial for her health and safety that she be let out and moved to another facility.

Trans and queer people of color fight back

Fortunately, King is not alone in her fight to survive prison. A network of individuals called F2L (Freedom to Live) is “doing support work for queer and trans Black, Indigenous and criminalized people of color facing time in the New York State prison system.” It has been fighting to improve King’s conditions and win her release as soon as possible.

Through pack-the-court actions, letters, briefs and tireless organizing, F2L has successfully lobbied for her current sentence to potentially be reduced by two to four years. F2L has gotten a social worker assigned to King, and makes regular calls to Franklin Correctional Facility and officials in Albany, pressuring them to improve her conditions, and letting them know they are being watched. F2L’s primary goal is to move King to another facility where she would be safer and closer to New York City.

On July 11, supporters received a letter from King detailing the most recent violence she has endured at Franklin. It was her fourth attempt to send a letter — the first three were shredded by guards and returned to her.

The letter says that on June 30, after returning from a court date in New York City, she alerted corrections officers that inmates in her dorm had threatened her. Three officers arrived, cuffed King and began beating her, slamming her into a brick wall while shouting transphobic slurs.

King’s letter continues: “They then threw me in the back of the van beat up and still cuffed, and drove me to the box [solitary confinement] and stripped me naked and threw me in a cell. I’ve been in the same cell since. They are denying me medical treatment. I’ve been in so much pain and so out of it I haven’t eaten since Friday morning June 30th. I’m so scared, I think they are going to really hurt me and try to say it was a suicide.”

King’s right breast implant was ruptured during the assault, a fact not discovered until almost two weeks later, when a flood of calls from her supporters forced Franklin prison to investigate and provide medical treatment.

King’s letter ends with an appeal for supporters to call prison officials.

What you can do

As of this writing, King is being held at the Downstate Correctional Facility in Fishkill, N.Y., awaiting a hearing in New York City later this month. After the hearing, she is expected to be returned to Franklin. In a second letter, received July 17, King described being transported to court by the Emergency Services Unit handcuffed and shackled in a pitch black, windowless, unventilated van. “It’s complete torture,” she wrote.

Please call and demand that Eyricka King (DIN: 16A4486) be permanently moved to a facility where she can be in protective custody and not solitary confinement. In addition, demand that the force order be cancelled that allowed King to be transported in the manner described above.

F2L encourages people to call and donate: “Eyricka is facing extreme Anti-Blackness and transmisogyny and needs all the support she can get. Please make it part of your daily routine to call in until she is either released or allowed to move to a less horrible facility. Also, please send money to Eyricka’s commissary through F2L.”

Supporters can donate to F2L at generosity.com/community-fundraising/f2l.

Funds can be donated through King’s mother, Kelly Harrison, at gofundme.com/aid-for-eyricka-king. There are also numerous online services to donate directly to King’s commissary using her DIN (16A4486).