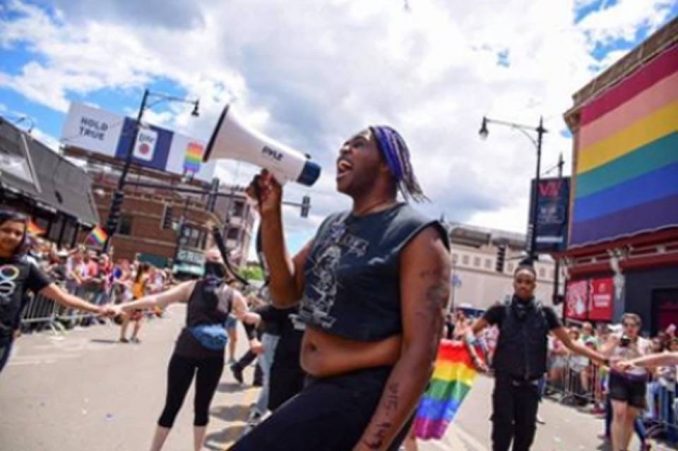 On June 25, the Trans Liberation Collective led a coalition of accomplices to shut down the Chicago Pride Parade for fifteen minutes, demanding an end to the parade as it exists in its current form, and for a celebration to take its place to bring Pride back to its roots, honoring trans women of color and recognizing the police as an oppositional force to queer and trans liberation. TLC groups included the BTGNC (Black, Trans, Gender Nonconforming) Collective, Black Lives Matter Chicago, Jewish Voice for Peace, Assata’s Daughters, the Pilsen ­Alliance and others.

Pilsen Alliance created puppets of Marsha P. Johnson and Sylvia Rivera to march along with the group of protesters, visibly bringing them into the space and centering their legacy as the mothers of Pride. A statement from organizers declared: “Trans people are the vanguard of the queer liberation movement. We demand more resources, facilities, funding, and access for Black and Brown trans people in Chicago!” A full list of TLC demands, including solidarity with other freedom struggles, is at tinyurl.com/y6vscnqy