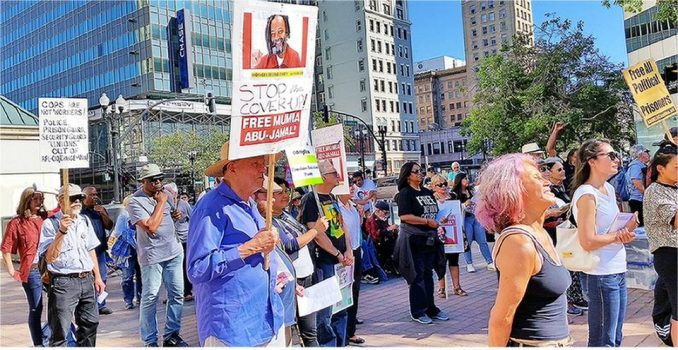 Supporters of Mumia Abu-Jamal gathered at Oscar Grant Plaza in downtown Oakland, Calif., on July 7 to demand that the district attorney’s office open the books and comply with a court order to release documents related to former DA Ronald Castille’s involvement in prosecuting Mumia. Castille is now a Pennsylvania Supreme Court judge, and his rulings on Mumia’s appeal cases may be found to be a conflict of interest.

At the rally, emceed by revolutionary hip-hop and reggae artist Ras Ceylon and Gerald Smith of the Oscar Grant Committee, speaker after speaker spoke of Mumia’s long and strong support for all political prisoners, and his political leadership, from behind the prison walls, for all kinds of people’s struggles for justice and freedom. Attendees were hopeful that at long last, an opportunity to actually free him was close at hand.