The Declaration of Independence is Philadelphia’s proudest claim to fame. It was written by the Virginia slave master and future U.S. president, Thomas Jefferson, who sold his own flesh and blood — the product of his rapes — upon the auction block.

The “unalienable rights” that Jefferson’s original draft mentioned were “life, liberty and property.” This expression was lifted from the writings of John Locke, a philosopher of the English bourgeoisie.

Both John Adams and Benjamin Franklin, members of the declaration’s drafting committee, knew that “the embattled farmers” who had “fired the shot heard round the world” weren’t going to die for the rich man’s property. So they changed this phrase to “life, liberty and the pursuit of happiness.” 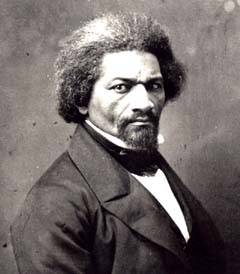 Frederick Douglass, who had escaped from slavery to become a leader of the Black struggle for freedom, told a Rochester, N.Y., audience in 1852 what “America’s national holiday” meant to millions of enslaved people:

“What, to the American slave, is your 4th of July? I answer: a day that reveals to him, more than all other days in the year, the gross injustice and cruelty to which he is the constant victim. To him, your celebration is a sham; your boasted liberty, an unholy license; your national greatness, swelling vanity; your sounds of rejoicing are empty and heartless; your denunciations of tyrants, brass fronted impudence; your shouts of liberty and equality, hollow mockery; your prayers and hymns, and solemnity, are, to him, mere bombast, fraud, deception, impiety, and hypocrisy — a thin veil to cover up crimes which would disgrace a nation of savages. There is not a nation on this earth guilty of practices, more shocking and bloody, than are the people of these United States, at this very hour.”

Yet there would be one magnificent Fourth of July. Four score and seven years after the Declaration of Independence was signed, two big Confederate armies would be defeated at Gettysburg, Pa., and Vicksburg, Miss.

These great battles — which culminated on July 4, 1863 — constituted the turning point of the U.S. Civil War. Interestingly, two of the four armies engaged in them were commanded by “Proper Philadelphians.”

Gen. George Gordon Meade was the commanding general of the Union Army at Gettysburg. Meade came from a prominent Philadelphia family of merchants who had fallen on hard times. Born in Cádiz, Spain — where his merchant father “moved in the highest social circles” — Meade went to West Point because it was free.

In the summer of 1863, Robert E. Lee’s Army of Northern Virginia invaded the North. While marching through Maryland and Pennsylvania, Lee’s troops kidnapped African Americans and enslaved them.

If the Confederates could have seized the Pennsylvania Railroad bridge spanning the Susquehanna at Harrisburg, the East of the Union would have been largely cut off from the Midwest.

Diplomatic recognition of the slave masters’ regime by Britain and France would probably have followed. Large sections of the capitalist class in the North might have thrown in the towel as well.

While Lee and the Confederacy were playing to win, Meade was trying not to lose. Meade originally wanted to withdraw from Gettysburg. After the battle — despite pleas from other Union generals — Meade refused to pursue Lee’s army.

Meade’s unwillingness to go on the offensive wasn’t based on faulty intelligence. Information had been received about demoralization in Confederate ranks and that they had lost a good deal of their artillery. Nor was it a question of personal cowardice.

Even after two years of bloody warfare — and six months after the Emancipation Proclamation was issued — Meade hesitated to destroy the Confederate Army. Along with much of his class, he was still hoping to strike a deal with the slave masters. Lee was allowed to retreat across the Potomac.

While white soldiers in the Union Army at Gettysburg were being slaughtered on Little Round Top and Cemetery Ridge, Black soldiers were not allowed to fight beside them. “A company of Black volunteers from Philadelphia who took the train to Harrisburg … were turned back because of their color,” wrote history professor Allen B. Ballard. (New York Times, May 30, 1999)

Yet Black soldiers and sailors were indispensable for the Union’s victory. Nearly 200,000 Black soldiers fought in the Union Army and a quarter of the Navy was Black. Just for this participation in rescuing the Union from the Confederacy, reparations are owed Black people.

This was also a case of the bourgeoisie fearing their own revolution. For Meade-the-merchant as well as Lee-the-plantation-owner, Black soldiers with guns represented a slave insurrection that could threaten capitalist rule too.

Vince Copeland, founding editor of Workers World newspaper, pointed out this contradiction in his introduction to “A Voice from Harper’s Ferry”:

The other “Proper Philadelphian” commanding an army that Fourth of July came from a much richer family than Meade’s. Gen. John Clifford Pemberton was a descendant of Israel Pemberton II — the King of the Quakers — who along with Benjamin Franklin had founded the first fire insurance company in the country.

On July 4, 1863, Gen. Pemberton surrendered his besieged Confederate Army to Ulysses S. Grant at Vicksburg. The Confederacy had been split in two.

Lincoln declared that “the father of waters flows unvexed to the sea.” But it took Black troops to help capture Port Hudson a few days later to put the entire Mississippi River in Union hands.

After the war, the traitor Pemberton was welcomed back into the folds of Philadelphia’s capitalist class. He “spent the rest of his life with his sisters and brothers in Proper Philadelphia’s most exclusive rural-suburb of Penllyn,” according to historian E. Digby Baltzell in his book, “An American Business Aristocracy.”

The descendants of these and other Philadelphia capitalist families put fascist Police Commissioner Frank Rizzo in City Hall as mayor from 1972 to 1980, sent Mumia Abu-Jamal to death row in 1982 and are keeping both Mumia and MOVE 9 in jail.

But at least during the Civil War the ranks of Philadelphia’s business elite included the anti-slavery abolitionist Matthias Baldwin, whose factories eventually turned out 50,000 steam locomotives.

New York City had a worse record than Philadelphia. Little more than a week after the Battle of Gettysburg, a pro-slavery insurrection broke out in NYC on July 13, 1863. Two orphanages filled with Black children were set on fire. To this day it’s uncertain how many African Americans were lynched.

This pogrom in Manhattan was no more spontaneous than the protests would be in 1974 in Boston of racists trying to stop busing of schoolchildren to desegregate public schools. Both were the result of racist agitation supported by important sections of the capitalist class. Particularly vicious in 1863 was the New York Herald, the Fox News of its time.

At City Hall Park, New York Gov. Horatio Seymour actually addressed members of this lynch mob as “My Friends!” Behind Seymour — who would be the Democratic presidential nominee in 1868 — was a host of millionaires. Among them were the railroad lawyer Samuel Tilden, who later became the Democratic presidential candidate in 1876, and the banker August Belmont, an opponent of the Emancipation Proclamation.

Probably the most important figure on Wall Street at the time, Belmont was head of the Democratic National Committee. He was son-in-law of Louisiana senator and plantation owner John Slidell.

Slidell also played a major role in setting up the Confederacy. When he was en route to Europe seeking diplomatic recognition for the slave masters, Slidell was taken off a British vessel by a U.S. Navy captain. War almost broke out between the two countries as a result.

None of this harmed Belmont’s reputation within the capitalist class. Belmont Park, just east of NYC, and the Belmont Stakes, part of horse racing’s “triple crown,” are named after him. Belmont’s son became head of New York City’s first subway, the Interborough Rapid Transit Company — the I.R.T.