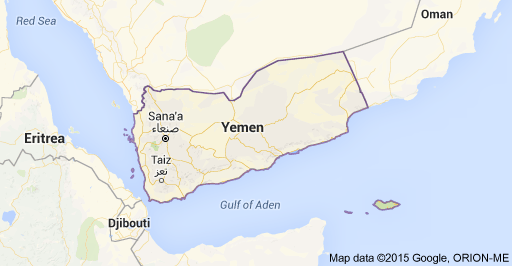 Thousands of people are suffering from cholera in Yemen, so the Health Ministry of the National Salvation Government declared a state of emergency.

The president of the Supreme Political Council, Saleh al-Sammad Sanaa, chaired a meeting with other leading officials in Sanaa, Yemen’s capital, to assess the cholera epidemic and develop a plan to halt and eliminate it.

The Ministry of Health indicated that 8,567 cases of the disease had been documented and that the government had insufficient capacity to effectively address the crisis. An appeal for assistance was issued to international organizations.

Hospitals in Sanaa are already overcrowded, and further spread of the infectious ailment would be catastrophic.

The United Nations Children’s Fund (UNICEF) has said that there have been 11,000 cases of diarrhea confirmed in Yemen, with many of them related to cholera. At a press conference in Geneva on May 16, UNICEF spokesperson Christophe Boulierac said that 130 people had died from cholera and that a third of these cases involved children.

This disease results from the contamination of drinking water and lack of sanitary conditions. With the daily bombing and shelling of civilian populated areas by the Saudi Arabian and Gulf Cooperation Council (GCC) forces, the basic infrastructure of the country has been severely damaged.

U.N. reports reveal that its agencies and their partners are supplying diarrheal disease kits, oral rehydration salts and water treatment tablets to residents in the affected areas. Nevertheless, the disease’s spread is more widespread than the previous epidemic during October 2016.

Approximately 7.6 million of the 27 million people in this most impoverished country in the region reside in areas designated as high risk for cholera infection. The targeting of civilian areas, electricity sources, health care facilities, water supplies and food storage centers indicates that the U.S.-backed military intervention is aimed at forcing the people of Yemen into submission to Riyadh, Washington and London.

The Pentagon supplies intelligence coordinates, refueling technology and military hardware for the Saudis, who carry out the war.

In his first trip to the Middle East, President Donald Trump is seeking to maintain the firm alliance between U.S. imperialism and Riyadh. The war against the Yemeni people has escalated since Trump took office.

Direct bombings and a deadly commando unit raid on a village in Yemen after only days in office illustrated the expansionist program of the Trump presidency. U.S. coordination and support for the airstrikes and ground assaults against the Ansarullah-led government in Sanaa are designed to wage a proxy war against the Islamic Republic of Iran.

The Ansarullah (Houthis) movement has denied that it receives direct military and economic support from Tehran. Meanwhile, the coalition of U.S.-Saudi allied forces continues its relentless attacks on Yemen. Official estimates of deaths since the bombing and ground campaign that began in March 2015 range from 5,000 to 12,000 people.

Meanwhile, the war has created the monumental health crisis that worsens week by week. The relentless bombing and shelling by the Saudi-GCC coalition and their allies have destroyed the ports, preventing the distribution of medical supplies, food, water, tents and blankets.

A May 16 article from the UN News Center reported the difficulties in distributing aid in “the embattled district of Mokha, in Yemen’s Red Sea governorate of Taiz. Hostilities in Taiz escalated in January, with nearly 50,000 people displaced. … The governorate also hosts about 304,000 additional displaced people.”

This same report emphasizes that “aid workers noted ‘a huge spike’ in needs” in Al Hudaydah, north of Taiz, and that “more than three million have been uprooted since the start of the conflict two years ago.”

Trump’s visit also reinforces the arming of Saudi Arabia so it can act as a surrogate to imperialist aims in the region, with a military contract worth over $100 billion. Conditions surrounding the weapons consist of both arms sales and maintenance services. This is only the initial phase of the program, which will eventually be valued at $300 billion.

Many people are being killed in daily airstrikes and ground operations in Yemen. In response, the forces allied with the Ansarullah and the military units of former President Ali Abdullah Saleh are inflicting casualties on the U.S.-backed units.

Saudi fighter jets carried out four bombing raids in the Serwah district of Marib province on May 17. Armed groups aligned with the Saudi-GCC coalition launched artillery missiles into numerous neighborhoods of the same district. Extensive destruction was evident, with damaged homes and other structures.

Later on the same day, 23 people, including women and children, died as a result of a U.S.-backed Saudi-GCC aerial bombardment against the Mawza’a district in Taiz province.

Nonetheless, the anti-U.S. forces have continued their attacks on Saudi-GCC allied fighters operating on the ground. Despite the air campaign and ground attacks in various parts of the country by armed forces operating in conjunction with the exiled regime of ousted Abd Rabbuh Mansur Hadi, along with commandos from Saudi Arabia, Qatar and other states, the popular forces are quite capable of retaking territory and eliminating threats.

According to a May 17 report from Saba News, based in Yemen, “The army and popular forces destroyed a military vehicle of the Saudi-paid mercenaries in northern Midi desert … and shelled groups of the mercenaries in the same desert.” They also hit a headquarters building in Suqami and gatherings of Saudi soldiers in the region.

Trump’s visit to Saudi Arabia connotes the continuing U.S. war policy toward Yemen, Syria, Iran, Hezbollah and Palestine. The objective of the White House and its surrogates is to stifle the alliance of revolutionary anti-imperialist forces throughout the Middle East in favor of pro-Western organizations and states.