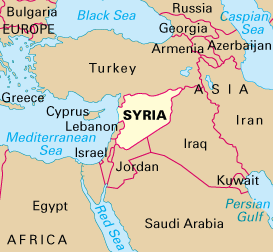 For the past six years, the United States, Israel, NATO and the Gulf Cooperation Council have waged an unrelenting proxy war against the sovereign, secular state of Syria. The U.S.-funded Free Syrian Army, called “moderate rebels” in the corporate-owned media, fights openly alongside forces backed by U.S. allies Saudi Arabia and Turkey. These forces, really mercenaries or contras, which include the Islamic State, Jabhat Al-Nusra (al-Qaida in Syria), Jaysh al-Islam and others, are largely constituted of foreign fighters.

There is one front in this proxy war, however, that should be included in an anti-imperialist analyses. It’s the front in the north contested by the Islamic State, Turkey, U.S. imperialism and the Syrian Democratic Forces (SDF) — the last groupa mainly includes Kurdish forces.

The SDF’s largest fighting force is the YPG (the Kurdish acronym for the People’s Protection Units). The YPG is allied with the Democratic Union Party (PYD), and both are allied with the Kurdish Worker’s Party (PKK). The PKK has been engaged in a decades-long fight for self-determination of the Kurdish region inside Turkish boundaries against the brutally oppressive Turkish state.

In a sign of the contradictions inherent in U.S. imperialist policy toward Syria, on April 25 Turkish planes attacked units of the YPG in northern Syria, killing as many as 70 fighters. While U.S. diplomats said they raised concerns with NATO-ally Turkey regarding this strike, nothing concrete was done to stop future Turkish attacks against Kurdish fighters. (Reuters, April 25) This is one example in Washington’s long history of apparently backing one oppressed people and then turning on them.

Many progressive people see the YPG, which is mostly made up of Kurdish fighters but includes other ethnic minorities as well as Western “foreign volunteers,” as representing the just struggle for Kurdish national liberation. Organized along democratic principles without a vertical chain of command, the forces of the YPG and their movement in northern Syria claim to model their “non-state” on anarchist, eco-socialist principles.

The YPJ, the Women’s Protection Units, provide an active leadership role for women in their struggle.

During the Kurdish people’s fight for liberation from Turkey, Washington has supplied arms, logistical and satellite assistance, and political support for the Turkish ruling classes against the PKK, which the U.S. labels as “terrorist.” Yet in Syria, Washington has a cynical, opportunistic alliance with the YPG, using those forces to accomplish its aims of destroying the Syrian state.

At times, the Syrian Democratic Forces/YPG have coordinated with the Syrian Arab Army in the fight against IS and other mercenary armies. However, SDF/YPG now operate in coordination with the U.S. military. Despite the SDF/YPG’s progressive principles and organizational structure, the Pentagon’s aim is to have it function as an effective proxy for the U.S. geopolitical goal of dismantling the Syrian state.

It is not obvious what aggression the U.S. plans next for Syria after its deadly April 6 strike on the Sharyat airfield and the May 18 bombing of a Syrian government convoy. If Washington significantly steps up direct U.S. intervention, it will expect cooperation from the SDF in providing ground forces. The Pentagon has already been able to build two air bases in northeastern Syria in the past few months.

Since at least two years ago, the U.S. has been sending special forces troops to northern Syria. As Syrian President Bashar al-Assad has stated since the U.S. sent several hundred more ground troops to Syria in the beginning of March, “All foreign troops coming to Syria without our invitation … are invaders.” Assad, who is constantly demonized in the U.S. corporate media, is the democratically elected leader of the people of Syria.

The YPG has been bolstered not only by U.S. special forces but also by foreign volunteers including people from the U.S., Canada, Britain and other countries.

Among them is Brace Belden, who had a Rolling Stone magazine centerfold feature on his role and inspired an upcoming Hollywood film starring Jake Gyllenhaal as the “punk florist-turned-revolutionary.” Another volunteer is Gill Rosenberg, a Canadian-Israeli woman and former soldier in the Israeli Defense Forces, and the first foreign volunteer in the Women’s Protection Units. These individuals violate Syrian sovereignty and package the  U.S. invasion of Syria as a progressive, “socialist” struggle against Islamic state fascism.

Is U.S. planning to split up Syria?

The Rand Corporation think tank has drawn up various “peace plans” throughout the war, detailing the U.S. and its allies’ latest plans for the partition of Syria. The most recent, dated this year, projects large swathes of Kurdish-administered territory extending about halfway to Raqqa in the south and almost to Manbij in the west, as well as a corner encompassing Azaz in northwestern Syria.

Buffering these zones are “proposed international administration” zones, code words for NATO occupation and Turkish-controlled areas. Notably, these “Kurdish zones” in northeastern Syria encompass much of the country’s greatest natural wealth, including its largest oil reserves.

If the U.S. aids the SDF to annex northeastern Syria, this will not lead to any meaningful form of Kurdish independence. Rather, it will mean the Kurdish forces will be subordinate to and will collaborate with the U.S., much as the Kurdish regime does inside Iraq. Meanwhile, the U.S. will destroy what remains of Syria and purge any progressive forces in the Kurdish movement.

At this point, Washington sees the claims to a separate Kurdish region based out of northern Syria as fitting its goal of dividing Syria. With the Syrian state under siege, the attempt to create a Kurdish “autonomous” zone under U.S. guidance is in direct contradiction to the preservation of Syrian sovereignty in defense against imperialism. The U.S. has made this abundantly clear, saying that it plans to station its forces in Syria even once IS has been eliminated.

Moreover, all of these events obscure the fact that the Syrian government and Kurdish groups have negotiated greater autonomy for the latter on their own terms before. If there is to be any change in the relationship between the Syrian state and its Kurdish inhabitants, it is clear that this change cannot be imposed by the imperialist powers. The U.S., NATO and their allies should have no say in this history.

The imperialists in the U.S. and elsewhere have planned a grim end for Syria: the destruction of the sovereign secular state in favor of Balkanized ethnic enclaves in the manner of Iraq, Libya, Yugoslavia and any other state that has defied destruction and imperialist plundering since the fall of the Soviet Union. This includes the current aggression against Syria, Venezuela and the Democratic People’s Republic of Korea.

There can be no genuine liberation for any peoples — Arab, Kurdish or otherwise — until imperialism is defeated in the region and the right of self-determination is fully realized and respected. Anti-war and other activists in the U.S. and NATO states must stand in full solidarity with the right of all nations to develop their collective livelihood, culture and economy without interference from imperialists.

Hands off Syria! All mercenaries out of Syria! Uphold self-determination!