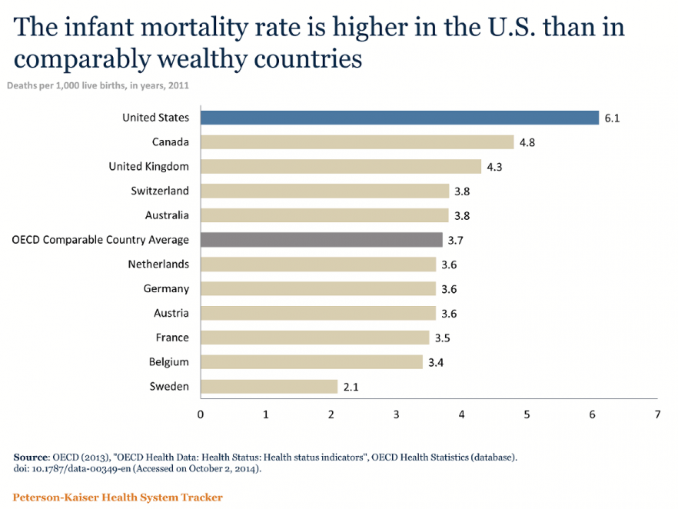 President Donald Trump and House Speaker Paul Ryan have led the first wave of a cruel congressional assault on the health care of the masses of people in order to transfer billions of dollars to the already rich. The second wave will begin when the Senate takes up the health care bill.

After passing the bill, the criminal gang that forced it through the House took a bus to the White House for a high-five celebration, with Trump and Ryan leading the cheers.

While health care should be a human right, the attitude of the group that passed this bill was candidly expressed by right-wing Rep. Mo Brooks (R-Ala.), who explained to CNN’s Jake Tapper that people with higher-cost conditions should “contribute more to the insurance pool” to offset the cost “to those people who lead good lives, they’re healthy, they’ve done the things to keep their bodies healthy.” This is the amorality of the ruling class spoken plainly and publicly, without shame.

Meanwhile, Democratic Party leaders, neglecting the crying need for universal health care, were preoccupied with defending the insurance-company-driven Affordable Care Act and their own narrow political prospects for 2018.

Trump and the House Republicans would not wait for the Congressional Budget Office to assess the consequences of the bill because the assessment of the previous version estimated that 24 million people would lose their health care coverage by 2024 and premiums would rise for those remaining.

In fact, the bill is really a tax cut for the rich disguised as a health care bill. It contains over a trillion dollars in spending cuts. About $346 billion over 10 years will go in direct tax cuts to millionaires and billionaires by eliminating taxes on investment income and the Medicare payroll deduction on high-income earners that was required under the Obama administration’s ACA. These taxes funded subsidies for low-income workers to help pay their insurance premiums. (New York Times, May 5)

Of course, under both plans the money still ends up in the hands of the insurance companies. But with the subsidies gone, millions of people will no longer be able to afford premiums.

The bill permits states to get easy permission to waive ACA rules that prohibit insurance companies from charging sick people larger premiums. Before the ACA, people with a medical history of heart disease or cancer — even acne, heartburn, back pain, asthma, hay fever or hives — could be declared uninsurable by insurance companies. In 2011 the Department of Health and Human Services said that up to 129 million people could be denied insurance for these “pre-existing conditions.” (Los Angeles Times, May 7) The new Trump/Ryan bill would restore the old rules by allowing state waivers.

The bill converts Medicaid from an open-ended entitlement to block grants to the states, which would quickly be exhausted. That provision would strip over $800 billion from Medicaid over 10 years. Since the implementation of the ACA, which includes Medicaid expansion, nearly a quarter of the people in the United States are now covered by Medicaid and its subsidiary program, the Children’s Health Insurance Program. Medicaid covers 60 percent of children with disabilities, 30 percent of adults with disabilities and one in five Medicare recipients.

While the attack on Medicaid is an attack on the working class in general, people of color are more likely to use Medicaid, as well as have less access to health care. So the blow to Medicaid is also racist in character. (Rewire, May 1)

States would have the opportunity to opt out of an ACA requirement that insurers cover 10 essential medical services: outpatient services; emergency services; hospitalization; maternity and newborn care; mental health and substance use disorder services; pediatric services, including oral and vision care; prescription drugs; chronic disease management; rehabilitative services; and laboratory services. They include both preventive and wellness services.

The bill defunds Planned Parenthood for one year, with guaranteed renewal each year after that. Further, it denies Medicaid payments and Title X grants to any plan that even lists abortion among its services. This means the end of coverage for cancer screening, contraception and abortion services for millions of women served by Planned Parenthood. It would also deny all subsidies to states like California and New York that require insurance policies to cover abortion.

The ACA has meant a steady flow of profits to the insurance and pharmaceutical companies. It has also been a steady jobs program for the economy. Health care now accounts for almost one-fifth of the U.S. capitalist economy and has been a leading creator of jobs in the last decade.

According to a leading business health care publication, “A report released Friday by the Commonwealth Fund and the Milken Institute School of Public Health at the George Washington University found that repealing key provisions of the ACA, including the insurance premium tax credits and Medicaid expansion, could lead to 2.6 million people losing their jobs in 2019. By 2021, nearly 3 million jobs in healthcare and other sectors could be lost. …

“‘Repealing key parts of the ACA could trigger massive job losses and a slump in consumer and business spending that would affect all sectors of state economies,’ the Milken Institute’s Leighton Ku, the lead author of the study, said in a statement. ‘Cuts in federal funding would not only harm the health care industry and its employees but could lead to serious economic distress for states, including a $1.5 trillion reduction in gross state product from 2019 to 2023.’” (Modern Healthcare, Jan. 17)

The bill eliminates the ACA’s employer mandate, which required large companies employing over 50 workers to offer affordable coverage to their workers. It also pushes back enactment of a tax on high-cost employer health plans.

With or without the new reactionary health care bill, the mass of the people are constantly suffering at the hands of the insurance companies, the pharmaceutical companies, the private hospital industry and a whole host of corporate parasites.

It is a fraud for the Democratic Party leadership to fight to retain a system that maintains the stranglehold of medical corporations on the health care system.

The insurance companies are always raising rates, raising deductibles, reducing coverage, threatening to pull out of health care plans and in general engaging in corporate extortion to squeeze more and more profit out of the people — especially the poor and the oppressed. This has been true under the ACA from the beginning.

There are constant complaints about the rising costs of health care, which are breaking the state budgets because the insurance industry and drug companies have virtual sovereignty over prices.

Conservative columnist Charles Kraut­hammer of Fox News complained about the public attitude toward health: ­
“­[T]he electorate sees health care as not just any commodity, like purchasing a steak or a car” but now has “a sense the government ought to guarantee [it].” (New York Times, May 8) In the view of the capitalist class, health care, rather than being a fundamental right of the masses, is a commodity that must be purchased. This is a country with a $16 trillion economy where the workers, who create all that wealth, including the wealth of the health care industry, must buy their own health care at prices set by the billionaire owners of the industry. And if they can’t afford it, too bad.

Bernie Sanders had a favorite campaign line about how the U.S. is the only country in the “industrial” (imperialist) world that does not have some form of universal health care.

It got a lot of crowd approval. But a fundamental truth about the health care systems in Europe is left out of the discussion.

The European countries were face to face with the Soviet Union and Eastern Europe for 40 years after World War II. These countries provided free, universal health care as a political right of the working class. The West European working class could see this and compare it to their own conditions under capitalism.

Furthermore, the post-war European working class was organized and engaged in the class struggle to defend and expand their rights. The European bankers and bosses were not any more humane than those in the U.S. They were colonialists who enslaved hundreds of millions of people.

But the socialist example forced them to compete and offer all kinds of social benefits to stave off the strong tendency of the European working class toward genuine socialism.

Socialist Cuba has free, universal health care and a world-class medical system. It was only able to achieve this after it expelled the U.S. imperialists and their capitalist stooges from the island.

The answer to the health care crisis for the masses is universal, affordable health care. This would mean the expulsion of the insurers and big pharma from the process. This can be achieved by struggle, just as it was in Europe during the era of the USSR.