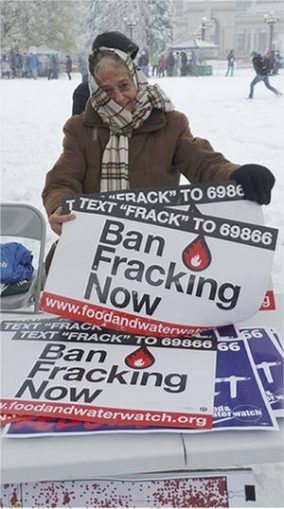 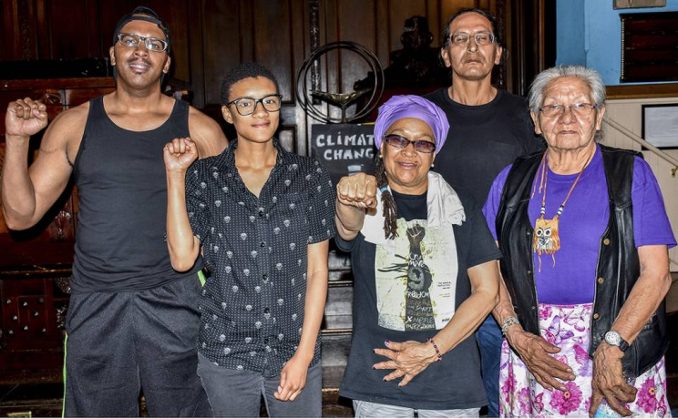 While some corporate-owned media predicted that “protest fatigue” might beset climate marchers, especially those who had been on the March for Science one week earlier, the April 29 actions drew crowds all around the United States. The date coincided with Trump’s 100th day in office. Numerous demands were made to keep and expand the many environmental protections he and his administration are bent on ­destroying.

Protesters marched in record heat — 95 degrees — in Washington, D.C., and in blizzard conditions in Denver. Dire warnings that time is running out to reverse the damage caused by climate change also called on people to “rise up” and stop the devastation.

Organizers say the D.C. march drew 200,000 participants, more than expected, despite the intense heat. Some 50 calls for medical assistance were made by marchers.

More than 375 other marches took place in the U.S., and many more worldwide. Workers World Party members and friends organized militant, anti-war, socialist-oriented contingents in several marches around the country. Following are reports from activists in several cities.

Led by a contingent of Indigenous people from around the U.S., thousands marched through Washington, D.C. The march began at the Capitol and circled the White House, ending at the Washington Monument, where a rally opened with Native speakers acknowledging the Water Protectors at Standing Rock in North Dakota.

The WWP contingent ­chanted “No hate, no fear, immigrants are welcome here!” and “Money for jobs, not for war — Hands off ­Korea!” It swelled during the day, drawing others who were against capital­ism. Many marchers stopped to talk and take pictures next to the WWP banners.

One middle-aged African- American resident of D.C. told activists how her mother was a socialist until the day she died and took her daughter to many marches. A young African-American man from Connecticut joined the contingent with a handmade sign reading “Stop capitalism — It is killing our planet.”

Against Big Oil and pipelines

At least 5,000 people in Denver braved 28-degree weather with blowing snow during the People’s Climate March. Young and old activists understand not only that oil, gas and methane are heating the planet, but that oil pipelines crossing the land cause danger to congested human communities and water supplies. The oil companies are taking back the last remaining lands of Indigenous peoples by using the courts and so-called “democratic” government to profit, no matter the cost to the people.

Colorado state government caters to the wishes of the oil companies. They advertise how safe and controlled their operations are, yet huge amounts of methane are poisoning the air. A methane explosion on April 27 in Firestone, Colo., blew up a house, killing two people. Nothing remained of the structure, which was vaporized. Anadarko Petroleum immediately closed down 3,000 wells, yet said there was no danger.

In Philadelphia, hundreds of environmentalists, Standing Rock supporters and others concerned about global warming marched with banners and homemade signs. WWP member Morgan Robinson spoke at the beginning rally at City Hall, focusing on the need to oppose imperialist wars and the world’s worst polluter of greenhouse gas emissions: the Pentagon.

Organized by Philly with Standing Rock #NoDAPL, the march was followed by a panel discussion featuring Grandmother Regina Brave and Charles Whalen, Lakota activists instrumental in the resistance to the Dakota Access Pipeline; Pam Africa of MOVE; Christa Rivers of WWP; and Ron Whyte of Deep Green Philly.

‘Communities will lead the change’

The climate change march in Portland, Ore., was 3,000 strong, led by people of color, those from low-income communities, and rural and tribal people. “Our communities must lead the efforts to address climate change,” said march organizers.

March organizers were OPAL Environmental Justice Oregon and the Oregon Just Transition Alliance. The OPAL statement said: “Climate change is only a symptom of much deeper crises that are happening worldwide — the ecological crisis, economic crisis, and the crisis of empire. These crises come from the current dominant economy, created by a system that only works for a few [and] which relies on exploitation and extraction of resources. We must create a system that works for everyone, based on cooperation, close communities, and regenerative processes.”

‘No wall! Love the Earth!

Thousands gathered at the San Diego County administration ­build- ­ing demanding the Trump administration take action on climate change. The People’s Climate March banner was raised in the front entrance as the crowd cheered. After a rally came a march beginning and ending at Waterfront Park. People carried signs, drummed, danced and chanted “Rise up! No wall, resist! Love the Earth! All children deserve clean air!”