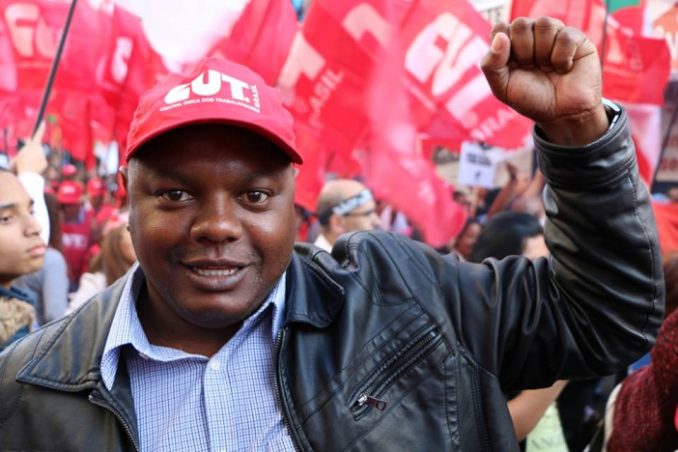 Brazilian workers held a general strike on April 28. Business as usual could not possibly proceed as 35 to 40 million people took the streets of Brazil to protest President Michel Temer’s austerity reforms. Temer took power in May of 2016 after the elected president, Dilma Rousseff, was impeached in a process that many say was illegitimate.

Rousseff is from the center-left Workers’ Party (PT), while Temer is from the center-right Democratic Movement Party of Brazil (PMDB). While the Rousseff government was accused of corruption, Temer is currently also embroiled in a massive corruption scandal. Nearly one-third of his ministers are implicated in a graft scandal. And while Rousseff’s government still at least paid lip service to being pro-worker and pro-working class, Temer’s austerity measures, in contrast, constitute a direct attack upon the Brazilian working class.

The austerity measures include extension of the working day and the working week, reduction of the required lunch break time, raising the minimum retirement age to 65, pension reductions, lower pay for outsourced workers and lowering the restrictions on outsourcing, and no longer requiring bosses to extend benefits to workers hired for 240 days or less. These policies aim to further destabilize the precarious and low-wage workforce of Brazil, and the workers, with good reason, are outraged.

The general strike shut down transit, airports, auto manufacturing plants, petroleum refineries and banks across the country. All over Brazil, in rural and urban areas, militants from the Landless Workers Movement (MST) and the Homeless Workers Movement shut down highways. The streets were filled with drumming and chanting while the airports, bus stations and train terminals remained empty.

In the city of Rio de Janeiro, demonstrators torched eight buses, facing police repression in the form of tear gas and rubber bullets. A representative of the Socialism and Liberty Party (PSOL) was tear gassed onstage at a rally at the Plaza Cinelandia. In response, organizers called for a rally there on May Day to protest police repression.

In the city of São Paulo, nine MST demonstrators were arrested for blocking highways. An estimated 70,000 people took the streets. Demonstrators were blocked from marching on Michel Temer’s residence. In the city of Goiânia, an estimated 30,000 people took the streets, and a youth was hospitalized in a coma after being battered in the head by a riot cop’s baton.

There are many answers. First of all, there was a broad base of support. The strike was endorsed by the PT, the party that had previously held the presidency since 2002, as well as a diverse range of left parties, including the Socialist Party of Brazil (PSB), the Brazilian Communist Party (PCB), the Communist Party of Brazil (PCdoB), the Free Homeland Party (PPL), the United Socialist Workers Party (PSTU), the Democratic Labor Party (PDT), the Socialism and Liberty Party (PSOL), the Sustainability Network (REDE), the Green Party (PV) and apparently dissidents from PMDB.

Along with the involvement of political parties, there was mass support from organizations advocating for youth, workers, women and Black people. Leonardo Steiner, the general secretary of the National Conference of Bishops in Brazil, expressed support for the strike, stating, “It is fundamental that we listen to the population in their collective ­manifestations.”

The government and its lackeys unsurprisingly decried the strike as ineffective. But this is a transparent lie. The strike was effective because the country was shut down. The strike serves as a powerful reminder to the ruling class: without the workers, they have nothing! Fora Temer! Proletários do mundo, uni-vos! All power to the people!