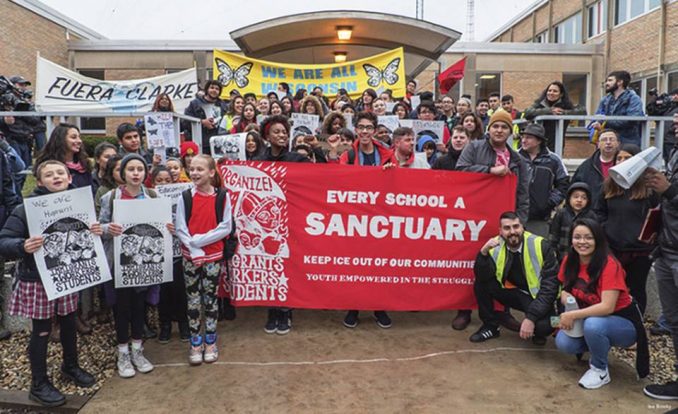 After weeks of organizing on behalf of undocumented students and workers, a sanctuary district resolution for Milwaukee Public Schools was successfully won on March 30 by members of the Milwaukee-based organization Youth Empowered in the Struggle, or YES, along with key allies such as the Milwaukee Teachers Education Association.

The Milwaukee School Board passed the sanctuary resolution unanimously during a meeting where the building was packed with students, parents, teachers, staff and community allies. YES is now working to get similar resolutions passed in Sheboygan and Racine, Wis., where it also has chapters.

Over its history, YES has been a leading force in mobilizing tens of thousands from the Latinx community and their allies to resist U.S. Immigration and Customs Enforcement raids and deportations, demand student and worker rights, and build a rainbow of people’s struggles. YES and its sister organization, Voces de la Frontera, are now mobilizing for a May Day rally and march in Milwaukee. See facebook.com/YESstudents and facebook.com/VocesdelaFronteraWI.