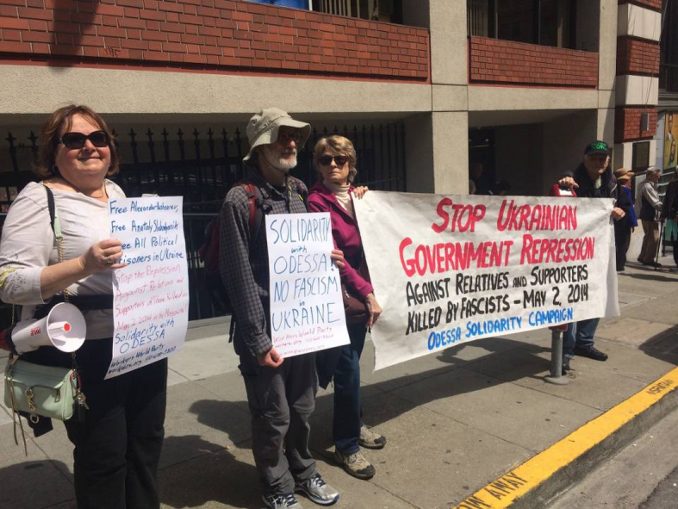 The United National Antiwar Coalition held a picket line on April 10 outside the Ukrainian Consulate on Bush Street in San Francisco in conjunction with the International Day of Solidarity with the People of Odessa. Demonstrators went inside to present a letter to consulate officials with the following demands: “Stop the repression against relatives and supporters of the 47 people murdered on May 2, 2014!” “Free Alexander Kushnarev, Anatoly Slobodyanik and all political prisoners in Ukraine!” and “No to fascism in Ukraine and all over the world!” The Odessa Solidarity Campaign, Socialist Action, Workers World Party, the Freedom Socialist Party and United Public Workers for Action also sponsored the solidarity rally.