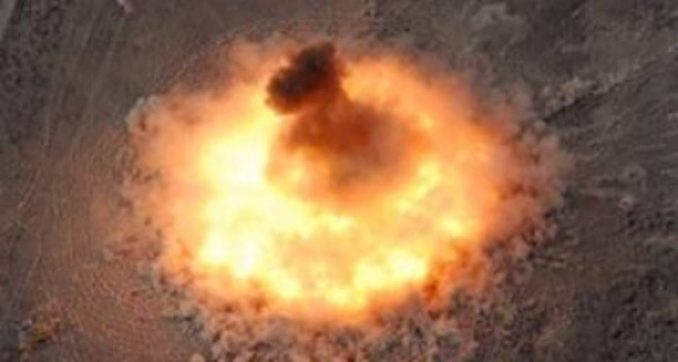 More than 40 people came to the Times Square military recruiting station in Manhattan, N.Y., on April 14 to demand that U.S. imperialism get out of Afghanistan.

Called on with less than 24 hours’ notice by the International League of People’s Struggle, the rally denounced war criminal President Donald Trump’s dropping of a 21,600-pound bomb on Afghanistan. Among the member organizations represented were BAYAN-USA; the Committee to Stop FBI Repression; NYC Students for Justice in Palestine; Samidoun: the Palestinian Political Prisoners Network; and the International Action Center.

Workers and tourists stopped to listen to speeches that cut through corporate media lies. Michela Martinazzi from the Committee to Stop FBI Repression told onlookers about Palestinian political prisoner Rasmea Odeh, who was tortured by Israel and then framed on immigration charges by the U.S.

Retired U.S. Army Lt. Col. Ann Wright, who resigned from the State Department to protest the invasion of Iraq in 2003, attacked the U.S war against Afghanistan.

Representing the International Action Center, Steve Millies reminded people that 32 years before the U.S. dropped its largest non-nuclear bomb in Afghanistan, the Pentagon, FBI and local police dropped a bomb on the MOVE house in Philadelphia, killing six adults and five children. Millies pointed out that the first mission of the U.S. Army Air Corps, which was scrubbed at the last minute, was to bomb striking coal miners in West Virginia.