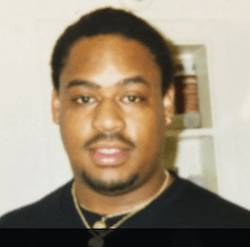 A three-day, pre-trial hearing here ended with the judge’s decision to permit multiple felony charges to proceed to trial against Sean Moore, a 43-year-old Black man with mental health needs, who was the unarmed victim of a police shooting. On Jan. 6, Moore was confronted on the steps of his home by San Francisco police officers Kenneth Cha and Colin Patino, after a noise complaint from a neighbor.

Officer Cha first pepper sprayed and then shot Moore twice, seriously wounding him. Moore was initially hospitalized, but is now being held in jail on $100,000 bail. Public defender Jeff Adachi said in a news conference: “This is a situation that could have and should have been avoided. This is a situation where Mr. Moore did not have to be shot. If the officers had used de-escalation techniques, they could have gone home.” (San Francisco Chronicle, Jan. 18)

At the beginning of last week’s pre-trial hearing, Moore’s attorney, public defender Brian Pearlman, appealed to the judge as Moore was brought into the courtroom in jailhouse orange, shackled and in chains. Moore’s family, neighbors and a number of community supporters were present in the courtroom, along with members of the press.

Pearlman told the judge he had requested that Moore be allowed to appear in street clothes. Pearlman also stated that there had been no history of outbursts to necessitate the shackles. The judge claimed since no jury was present in the pre-trial, it was all allowable. He only consented to release one of Moore’s wrists from the shackles so that he could write and communicate to his attorney.

The district attorney tried to claim that neither officer was required to testify, as they were “victims” and protected from testimony under a related victim protection statute. The judge denied their coverage as “victims” and the officers will be required to testify at Moore’s trial. It was established during the pre-trial that the two officers each had had about two years of experience and neither had received any de-escalation training.

The judge also agreed with Pearlman’s argument that the officers had no justification to attempt arrest when they first approached, as neither had witnessed the claimed noise violation reported by Moore’s neighbor, for which the neighbor had not filed a citizen’s arrest.

Pearlman, attempting to get the charges dropped, also presented two cases related to rights of people in their own homes, one validating that a front porch is part of a person’s home (U.S. v. London) and another establishing that police can seek voluntary interviews as long as they don’t demand egress (People v. Poole). The judge held that despite these rights and the lack of justification for the attempted arrest in the first place, there were enough questions about the following events to allow the charges to be heard by a jury.