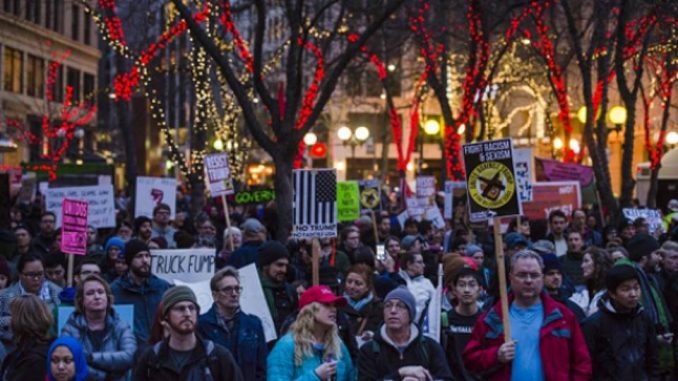 Anti-racist demonstrators besieged an “America First” rally in support of ruling-class President Donald Trump in Washington state’s capital of Olympia on March 4. The pro-Trump rally was in concert with other rallies around the country.

The counterprotest of Olympia-area youth was attacked right at the beginning by state troopers, who arrested four demonstrators. Undeterred, the youth broke through the police tape and barricades and confronted the racist rally up close, with chants such as “No war! No KKK! No fascist USA!”

The action greatly disrupted the Trump bigots throughout their rally, which folded up an hour and a half before its scheduled ending time. The counterprotest was right on time, refusing to let the racists take the field unchallenged.