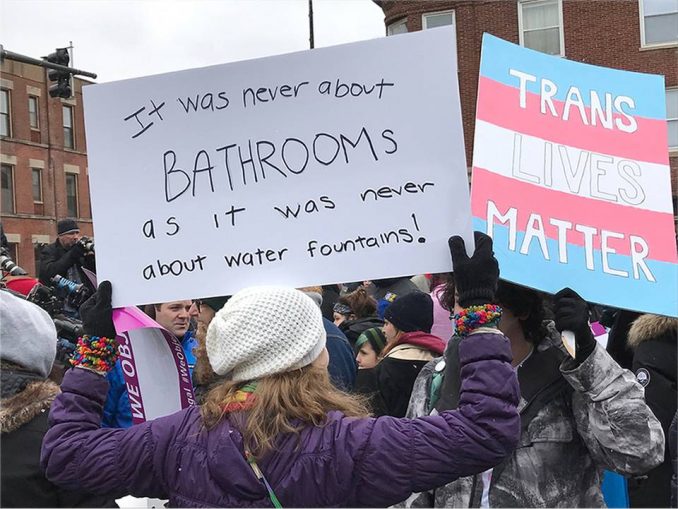 Chicago, Feb. 25. Over 500 people rallied and marched today in Chicago’s Lakeview neighborhood to protest the administration’s attacks on transgender youth and their right to use bathrooms of their choice in public schools. The mostly trans speakers explained that Trump, like most cowardly bullies, has launched his assault on fundamental rights by targeting the most vulnerable sectors of the oppressed — particularly immigrants and trans people of color. They urged a united resistance movement in the weeks and months ahead. 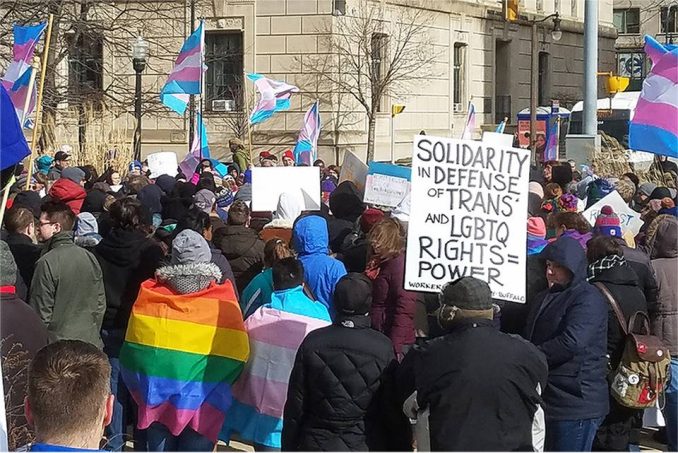 Buffalo, N.Y., Feb. 26. LGBTQ activists and supportive community turned out today to stand up to the president’s attack on the rights of transgender youth and students. They filled the downtown square with pink-and-blue flags and their determination to defeat the administration’s attempts to divide the working class. A broad range of organizations supported the rally.