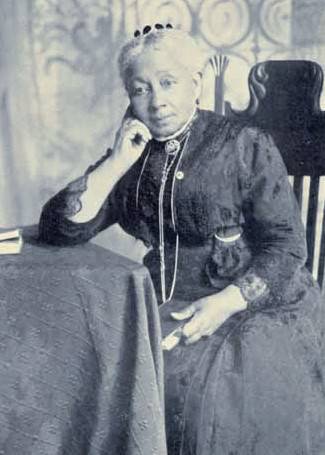 African-American history is part of U.S. history. In reclaiming that history, one African American to be remembered is Dr. Susan Smith McKinney Steward, the first Black woman to earn a medical degree in New York state and the third in the U.S. She practiced medicine for 48 years.

Born in the historic village of Weeksville, Brooklyn, N.Y., in March 1847, Smith became a student of music early in her life. However, she turned her focus to studying medicine, and in 1867, Smith enrolled at the New York Medical College for Women. Earning her medical degree in 1870, this brilliant woman was the valedictorian of her graduating class.

The following year Dr. Smith married the Rev. William McKinney, who died in 1892. They had two children. She set her up her own medical practice in Brooklyn from 1870 to 1895; co-founded the Brooklyn Women’s Homeopathic Hospital and Dispensary for the African-American community; and obtained a postgraduate degree. She also practiced at other hospitals, with specialties in prenatal care and childhood diseases.

Dr. Smith McKinney married the Rev. Theophilus Steward, an Army chaplain, in 1896, and traveled westward with him, obtaining medical licenses in Montana and Wyoming. Wilberforce University in Ohio hired the doctor in 1898 as a campus physician and faculty member.  There she taught nutrition and health and lived out the rest of her life.

A public speaker, Dr. Smith McKinney Steward was frequently invited to address conferences and meetings.  She spoke about Black women in the U.S. at the first Universal Race Congress at the University of London in 1911. Three years later she spoke on “Women in Medicine” at the convention of the National Association of “Colored” Women’s Clubs.  She was also an advocate for women’s suffrage.

Dr. Smith McKinney Steward’s achievements were so great and she was so well-respected that W.E.B. Du Bois gave the eulogy at her funeral in March 1918. She was buried in Green-Wood Cemetery in Brooklyn.

The area known today as Brooklyn was originally inhabited by the Indigenous Lenape Nation, then by Dutch colonizers and then by the British beginning in the 1600s until their ouster in 1783. By 1834, the city of Brooklyn had consolidated and was incorporated.

The village of Weeksville where Dr. Smith McKinney Steward was born has a unique history. In 1838, James Weeks, a longshore worker and formerly enslaved person from Virginia, bought a two-acre plot of land in the eastern area of Brooklyn, only 11 years after the abolition of slavery in New York.

Weeks founded a village there that grew eventually to include 700 families; it was one of the first “free” African-American communities in New York state.  It was named Weeksville after him.

Land was easily available for purchase then. Many African Americans saw acquiring land as their chance to obtain economic and political freedom by building their own communities.  In New York, before the Civil War, men of color had to own property valued at a minimum of $250 and pay taxes on it  in order to vote.

Weeksville founders were Black political activists, artisans and land investors. By the 1850s, the village had become a refuge for more than 500 people from around the East Coast; nearly 40 percent were born in the South. The community was also a safe haven for many African Americans fleeing the violent, virulently racist 1863 New York draft riots in Manhattan.

Weeksville had its own churches, a cemetery, an orphanage and a home for the elderly. One of the first African-American newspapers, the “Freedman’s Torchlight,” was published there. The village became the national headquarters of the African Civilization Society in the 1860s. The community’s school for African-American children was the first such school in the country to integrate its staff and student body.

Soon after the Hunterfly Road Houses were discovered in 1968, the Society for the Preservation of Weeksville and Bedford-Stuyvesant History was established. It is now the Weeksville Heritage Center, a national historic district bordering the neighborhoods of Crown Heights and Bedford-Stuyvesant. Four residential buildings remain, which were built during and after the 1860s in the Black community of Weeksville.

The wooden-frame dwellings sit alongside a road dating back to Native peoples’ habitation of the area. The houses were declared New York City landmarks in 1970, purchased by the preservation society in 1973 and then rehabilitated in the 1980s. Education and cultural centers were built adjacent to the houses. All facilities are open to the public.