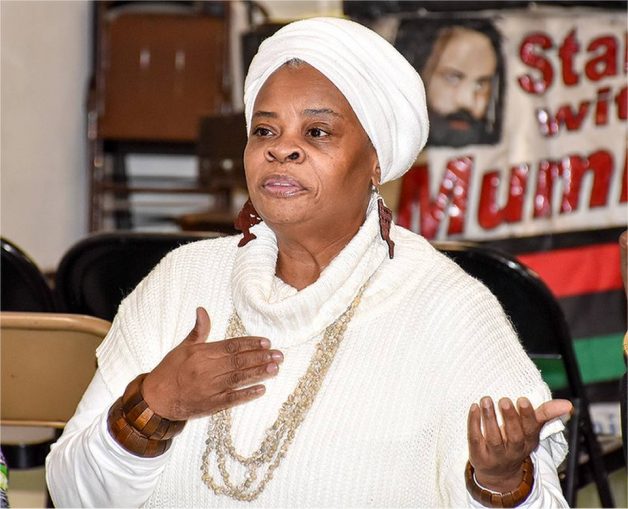 A People’s Assembly to “Confront Toxic Water & Hep C Crisis Threatening Lives of Mumia Abu-Jamal, other Prisoners and our Communities” was held on Feb. 18 in Philadelphia.

Contaminated water is plaguing prisoners in several prisons in Pennsylvania. The state is responsible for the health and welfare of people behind bars. But the Pennsylvania Department of Corrections is refusing to provide clean water to prisoners that is not “dirty, brackish, turbid, even black” — as described in a grievance filed by Mumia Abu-Jamal, a political prisoner at State Correctional Institute Mahanoy.

The water contamination poses a serious threat to Abu-Jamal’s life because of his severe skin ailment, a symptom of untreated hepatitis C. On Jan. 3, a federal judge ordered the DOC to treat Abu-Jamal with drugs that would cure hepatitis C within 21 days, a decision that could affect more than 6,000 other prisoners afflicted with that condition in Pennsylvania prisons. Despite the court order, the DOC so far has continued to deny Abu-Jamal and other prisoners the lifesaving medicine.

At SCI Frackville, prisoner Bryant Arroyo complained in a grievance that “inmates should not be forced to drink the contaminated water while staff is provided bottled spring water.” Ernestine Burnside told the People’s Assembly that her son, who is imprisoned at SCI Mahanoy, has complained about the bad water too.

Access to clean water is a human right, but it has to be fought for in Flint, Mich., in Standing Rock, and in other Black and Brown communities.

Community organizer Mama Gail of Reclaiming Our Children described how contaminated water is a danger to children at West Philadelphia High School. Students and their parents in the predominantly Black school fought to get the school system to find out why the drinking water was brown in a school that was just built in 2011. They forced the school district to replace the pipes causing the problem, but will there be future cancers or other illnesses for the children who ingested the contaminated water? A community meeting and march to demand answers will be held later this week.

After the assembly, participants marched to Gov. Tom Wolf’s Philadelphia office to demand he provide prisoners with clean bottled water and the health care that all state residents deserve.