The workers, oppressed and progressive forces of this country must follow the Leninist  dictum that “the enemy is at home.” We must be against our own ruling class trying to subordinate Russia to U.S. imperialism. 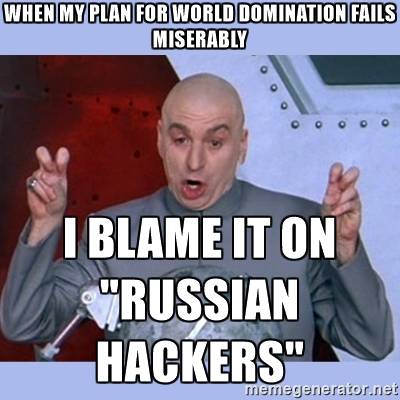 Feb. 19 — What is behind the ouster of Donald Trump’s national security adviser, retired Army General Michael Flynn, and the surge in attempts to generate panic over Trump’s “ties to Russia”? And what concerns do the working class and the oppressed have in this matter?

A major struggle is going on over the diplomatic/military orientation of U.S. imperialism. It is between the Trump White House, on the one hand, which has been seeking a rapprochement with Russia, and, on the other hand, the mainstream capitalist class, large sections of the military, both Democrat and Republican political establishment, and the media, all of which have a firmly anti-Russia orientation.

This struggle is basically over two different policies for imperialist aggression. The Trump grouping, which includes Steve Bannon, his strategy advisor, and Michael Flynn (now fired), wants to use a realignment with Russia against China and is for an expanded war in the Middle East, allegedly against Islam.

The working class, the oppressed and the progressive movement should oppose both camps and seek an independent policy in opposition to Washington’s aggressive stance toward Russia while at the same time not being lured into Trump’s so-called “peace” camp.

For the working class and progressives to get a clear view of the matter, it is best to set aside all speculation about what Flynn and others might have said to Russian officials, who may have hacked into whose emails or affected the election. It is not necessary to know any of that to understand this struggle.

But, for clarity, we will cite Time magazine of Feb. 27-March 6. In an article titled “What’s Wrong with Russia?” Time gave its version of the conflict with Russia and then continued:

“Perhaps the most important front in this new conflict has been unfolding in the West Wing. Over the course of the past three months, according to senior Trump administration officials and others who have participated, quiet but consequential talks have taken place there over whether the U.S. should resist Putin in his new campaign or cede to Russia a sphere of influence in Eastern Europe [and,] in return for an alliance against ISIS, work to reduce nuclear-weapons stockpiles and help constrain China.

“Donald Trump has publicly enunciated parts of such a grand bargain, as have top advisers Steve Bannon and National Security Adviser Michael Flynn. The White House officials who have advocated such a deal … see nationalism as the basis for all-important fights against Islamic extremism and China’s rise.

“Flynn’s ouster makes it politically more difficult for those who would like to advance a pro-Moscow strategy.”

Whether or not the Time article is correct in its details or its formulations, it is not difficult to understand the axis of the struggle. Trump has been saying it out loud since his campaign began.

He has constantly pleaded from the platform, in between his racist, misogynist and anti-immigrant diatribes and his wild attacks on the media: “Wouldn’t it be a good thing if we got along with Russia. We could join together and fight ISIS … and terrorism.”

He’s been saying for over a year, “We could reduce nuclear weapons,” etc. And each time he says it, it sets off alarm bells in the Pentagon, in the spy agencies, in the anti-Russian mainstream media, in the political establishment and in the board rooms of military corporations.

Bannon, the ideologue behind Trump

Trump’s attempted political maneuver with Putin, which may already have failed, is promoted by his political guru, right-wing ideologue Steve Bannon. Bannon has an apocalyptic worldview that calls for war against Islam and China.

The South China Morning Post reported on Feb. 17 about Bannon’s outlook: “The United States and China will fight a war within the next ten years over islands in the South China Sea, and ‘there’s no doubt about that.’ At the same time, the U.S. will be in another ‘major’ war in the Middle East.”

This attempt to reorient Washington’s foreign policy, however, is a completely naive move by Trump. His overblown ego leads him to believe that it is possible to tear up all the Pentagon, State Department and CIA plans to subdue Russia.

That is why the biggest hawks in the Senate, pro-Pentagon Senators John McCain and Lindsey Graham, have led the charge to investigate Flynn and the White House. Meanwhile, Secretary of Defense Mattis, Secretary of State Tillerson and Vice President Mike Pence were in Europe defending NATO, warning Russia that there would be no military collaboration and pledging support to Ukraine.

It is significant that retired Vice Admiral Robert Harward twice turned down the Trump administration’s request that he take Flynn’s place as national security advisor. Harward was a Navy SEAL, the deputy commander of U.S. Central Command, the representative of the Chairman of the Joint Chiefs of Staff at the National Counterterrorism Center, and the director of strategy and policy on the National Security Council staff.

For such a former high-ranking officer to turn down the president is almost unprecedented. Harward explained his objections: Trump and Bannon refused to let him have his own staff. Beyond that, Harward told the White House that “he wanted a clear chain of command reporting directly to the president, and most importantly, to restore the NSC structure of prior administrations … so that political advisors like Steve Bannon would not have a seat on the Principals Committee.” (“All In with Chris Hayes,” MSNBC, Feb. 17)

The military high command are opposed to Bannon telling them where and when to make war. Additionally, returning to the previous NSC structure would mean returning the Chairman of the Joint Chiefs of Staff to a standing position on the NSC Principals Committee, a steering committee of sorts that meets frequently and is the most powerful organ in the foreign and military policy structure.

Trump forces reorganized the NSC to put Bannon on the Principals Committee and at the same time removed the Chairman of the Joint Chiefs and the head of National Intelligence, reducing them to members who would be invited at “appropriate times.”

It is clear why the Joint Chiefs and the head of National Intelligence were removed. They would be opposed to a rapprochement with Russia.

The entire Pentagon, Wall Street and the political establishment have been geared up to threaten Russia ever since Washington failed to completely take over Ukraine. The fascist coup in 2014 was engineered by the Clinton State Department and the CIA and begun by the European Union. Its progress was halted by the resistance in the Donbass region of eastern Ukraine.

Washington and the Pentagon were furious when the Putin government moved with lightning speed to take Crimea back for Russia. (Crimea, which has a majority Russian population, was originally part of the Soviet Union separate from Ukraine.) Russia then effectively supported the insurgency in the east against the pro-Western imperialist government in Kiev, backed by fascist storm troopers.

Russia was seeking to prevent NATO from advancing further east to its borders. The taking of Crimea can be understood as a strategic move to block the Pentagon and CIA from seizing Russia’s only Black Sea port at Sebastopol.

The seizure of Ukraine by Washington had been preceded in 1999 by the incorporation of Poland, Hungary and the Czech Republic into NATO, in violation of Washington’s pledges not to do so.

For workers and oppressed ‘the enemy is at home’

In the struggle between Russia and Washington, the workers, oppressed and progressive forces of this country must follow the Leninist dictum that “the enemy is at home.” We must be against our own ruling class trying to subordinate Russia to U.S. imperialism.

The Democratic Party leadership is vigorously promoting the anti-Russia line to explain their loss in the presidential election, thereby adding their weight to Washington’s aggressive, warlike policy toward Russia. The masses of activists who are mobilizing to resist the racist, anti-immigrant and reactionary Trump agenda should not fall into the Democrats’ trap.

By the same token, the workers, small farmers and oppressed peoples in Russia, while defending their country against U.S. imperialism, must fight Putin and their own oligarchic ruling class.

Putin represents the oligarchs who engineered the destruction of the Soviet Union, divided up socialist property to enrich themselves, and turned the country into a capitalist nightmare.

Putin wants to expand Russia’s control into the “near abroad,” meaning the former Soviet republics that have also gone capitalist. Putin is supporting the right wing in Europe, most of which is racist, nationalist and anti-gay. The right is opposed to the European Union and some also oppose NATO, but on reactionary, nationalist grounds.

Moscow funded Marine Le Pen’s racist National Front with bank loans in 2014. (Politico, Jan. 4) Le Pen just called the masses who rebelled against police brutality in Paris “scum.” The Russian government in December signed a long-term agreement of cooperation with the right-wing Freedom Party in Austria. And conferences of the European right wing have been held in Moscow.

Putin espouses Christian “morality,” Russian nationalism and anti-gay laws against public display of affection between members of the same sex on the grounds of protecting children.

Most important, since Putin came to power after pro-U.S. Boris Yeltsin was ousted, Russian billionaire oligarchs have consolidated Russia’s finance and industrial corporations; their overseas direct investments have expanded from $40 billion in 2000 to $406 billion in 2013. They have holdings all over the world, from Latvia to Africa to Europe. There are over 100 billionaires in Russia.

Trump and the press

Trump has been attacking the press ever since his campaign began. Trump and Bannon have called the press the “opposition party.” And recently Trump called the press “the enemy of the American people.” This is an ominous pronouncement from an authoritarian figure.

The capitalist press represents various factions of the ruling class. It is actually an informal part of the capitalist state, sometimes called “the fourth estate.” The media are the modern means of ideological compulsion. They promote the general line of the ruling class, informing the bourgeoisie of trends and events important to them. They are also used to persecute leaders of the workers and the oppressed or radicals.

But at times, when the interests of large sections of the bourgeoisie are endangered by a part of the capitalist government, the press is used to help enforce the discipline of the ruling class.

Trump knows this and is trying to counter the current press campaign, which is not only against his attempted reorientation to Russia, but also against his racist, authoritarian Muslim ban, and in general his threats to upend the basic foundations of bourgeois stability.

He knows the media were used in the struggles against Joseph McCarthy, against the Pentagon’s Vietnam War, against Nixon in Watergate. His attacks on the media are preventive measures against attempts by the bourgeoisie to discredit his regime.