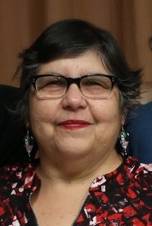 In Donald Trump’s first week as president, a shitstorm of U.S. international diplomatic relations hit the fan. One crisis was with the U.S. neighbor to the south: Mexico.

On Day Six, Trump signed the Executive Order on Border Security and Immigration Enforcement Improvements. This authorized hiring an additional 5,000 Border Patrol agents, immediately constructing or contracting for more “detention facilities” at the Mexican border, empowering state and local police to function as immigration enforcement, and other repressive measures.

And, to fulfill his campaign promise to “build the wall,” Trump used the Executive Order to instruct the Department of Homeland Security to commence immediate construction of a 1,900-mile-long wall along the border with Mexico, using existing federal funds. At the signing Trump said, for what sounded like the millionth time, that he would get Mexico to “pay for the wall,” a cornerstone pledge of his campaign.

But the Executive Order was issued at the very same time that a delegation representing the Mexican government was in Washington to prepare for a state visit from Mexico’s president. The signing of the Executive Order before the two-nation meeting insulted Mexico and threw those preparations into chaos.

The pressure was on for the Mexican government to defend the nation’s sovereignty and make it look as if Mexico was not a puppet of U.S. imperialism. Mexico’s president Enrique Peña Nieto declared he would not be coming to the U.S. after all and reiterated forcefully that Mexico would not pay for “the wall.”

Trump — ever the man-child — lied that he and Peña Nieto had decided together to cancel the meeting, and boasted that as long as Mexico did not respect or treat the U.S. fairly, there would be no meeting.

With these actions, Trump earned the ire not only of the people and government of Mexico, Mexican migrants and all those opposed to his anti-immigrant posturing, but even of the ruling class, which is probably worried now about Trump’s actions.

Mexico is a Third World country despite its many riches. It is a capitalist country whose sell-out government is beholden to the U.S.

Trump said he would cancel the meeting until Mexico treated the U.S “fairly.” But the relationship between Mexico and the U.S. is not a fair or equal one to begin with — one is an oppressed nation and the other is the vile oppressor.

The many multinational corporations that operate in Mexico do not want their profits jeopardized by Trump. There are 11 U.S. banks that do business in Mexico. They have a combined $96 billion in cross-border claims. Citigroup alone has a $65 billion investment. (CNBC, Jan. 26)

Walmart, Apple, GE, JP Morgan, General Motors are just some of the multinationals that operate in Mexico. These corporations want to continue to do business with Mexico unfettered, to steal Mexico’s wealth and continue to exploit Mexican workers.

This is one reason why Trump is a danger to the ruling class. He may serve their interests in some ways, but ultimately the business of capitalism must continue to run smoothly.

Trump’s tirades have thrown fuel on the fires in Mexico. He announced that he will make it hard for Mexicans living in the U.S. to send remittances home, which can potentially create an even more critical economic crisis in that country.

By saying that he wants to punish Mexico by raising tariffs to pay for the wall, he challenges Mexico to assert independence from the gringos. He insults Mexico and jeopardizes the Mexican president’s relationship with the people, stirring up anti-Yankee sentiments that can easily turn into mass rebellions against the Mexican government.

Mexico is ripe for revolutionary change. The Mexican government could be toppled at any moment were it not for the billions the U.S. sends under the guise of fighting drugs. Plan Merida, for example, is actually used to train the police and military for repression against progressive and revolutionary movements.

Peña Nieto is at risk of being thrown out, and rightly should be. The cause could be rising fuel costs or the case of the Ayotzinapa 43 or boiling anger from decades of repression and exploitation, supported by U.S. imperialism. Anything could fuel the fire of revolutionary insurrection in Mexico — something the imperialists will do everything in their power to prevent.

Whether it is political or economic, the U.S. works to bail out the Mexican bourgeoisie. Yahoo Finance wrote on Jan. 29: ”Whatever happens in Mexico ends up having an impact here. In 1982 and 1995, the U.S. came to Mexico’s rescue, spending tens of billions of dollars to prevent [it] from falling into the abyss.”

During the campaign, Trump’s fan base cheered every time he said he would get Mexico to pay for the wall. The fact is that if the wall is built and further militarized, the people of the U.S. will be billed for it.

Trump says he will raise tariffs on the many goods from Mexico that come into the U.S. to pay for the wall. That means higher prices for U.S. consumers on items from toothpaste to TVs. For instance, Procter & Gamble has several manufacturing plants in Mexico. In 2011 P&G spent $250 million to build another factory to make Gillette razors and razor blades. Mexican workers play a role in producing HDTVs, so a tariff could easily raise their cost. (Washington Post, Jan. 27)

Since President Bill Clinton and every administration after that, the U.S. southern border has become extremely militarized, at a high budgetary and human cost. Parts of a wall have already been built to the detriment of nature, as well as the rights of Indigenous people and the deaths of migrants.

Trump supporters need to know that walls will not bring back economic prosperity or jobs. Economic security for U.S. workers will not come from an alliance with capitalists who reap the profits of workers’ labor. Only global solidarity among workers, who produce all the wealth of the world, will bring good jobs at union-level wages.

As even Frances Coppola, a columnist for Forbes magazine, writes: “If all the good jobs have gone across the border, how come so many Mexicans have come to the U.S. to work?” (Jan. 29)

Who does welcome the wall? One is none other than racist settler-colonizer Benjamin Netanyahu, prime minister of Israel, who tweeted: “President Trump is right. I built a wall along Israel’s southern border. … Great success. Great idea.” Mexico’s Jewish population, estimated to be around 50,000, immediately responded with outrage to that statement.

This kind of outrage is also fueling the massive protests now sweeping the U.S., protests in solidarity with Muslim migrants in particular, who have been so demonized.

These militant actions, long overdue, are the real solution to Trump’s Mexico bashing and anti-immigrant racism.