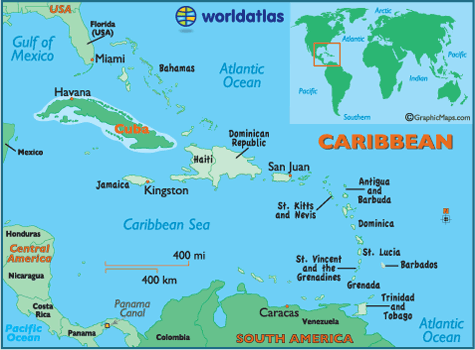 On Jan. 12, 2017, the Obama administration announced that it was ending a 22-year-long migration policy on Cuba.

President Barack Obama declared that the U.S. government would no longer allow Cubans who landed on U.S. soil without visas to remain in the country and gain immediate legal residency. The now terminated policy — termed “wet foot, dry foot” — was exclusive to Cuban migrants.

Unlike other Caribbean, Central American or African immigrants, Cubans were the only ones who were granted immediate legal residency or naturalized status as soon as they touched U.S. soil. Only when Cubans were caught during their sea crossing would the U.S. send them back to the island. Hence the “wet foot, dry foot” term.

The policy is part of the decades long war emanating from Washington geared to destabilize the Cuban Revolution. For years, the Cuban government has pointed out that U.S. migration policy is aimed at inciting illegal migration from Cuba.

In 1962, after the triumph of the Revolution, the U.S. government abruptly suspended travel and legal departures from Cuba to the U.S. Thousands of Cubans lost all connections with family living in the U.S. Illegal migration was the only way to connect with them.

Under the Lyndon Johnson administration, the onerous Cuban Adjustment Act was enacted. That law established special migration status for Cubans and became the legal basis for the automatic right to obtain permanent resident status a year after entering the U.S.

In 1994 and 1995, another migration agreement between the U.S. and Cuba provided for the U.S. to issue 20,000 visas each year to Cubans who wanted to come to the US. The “wet foot, dry foot” policy was established within the Cuban Adjustment Act to give immediate legal status.

The U.S. never kept its end of the migration agreements, approving as few as 1,600 visas some years. With the agreement violated year after year, the number of people who attempted to migrate to the U.S. without authorization increased.

Those agreements took place within the context of the longest blockade in U.S. history, creating untold economic and social hardships in Cuba. Despite pro-worker conditions, such as free education and free health care for all, living conditions are still hard in Cuba as a result of the blockade. When trade with the former socialist camp deteriorated exponentially, social conditions were especially hard in Cuba. Food and oil shortages abounded as a result of the tightening of the blockade and the fall of the Soviet Union.

Furthermore, U.S. imperialism and its lackeys among counter-revolutionary Cuban elements in Florida consistently carried out a nonstop propaganda campaign via radio and other outlets to incite illegal migration from Cuba. This incitement led to the case of Elián González, whose mother died on a raft from Cuba headed for Florida in 1999. Elián survived and was picked up by the Coast Guard and brought to Miami. There, right-wing family members attempted to kidnap the six-year-old child and keep him in the U.S. despite his father’s demands to have Elián returned.

After several months, Elián’s father, Juan Miguel, obtained freedom for his son. Elián, now an adult, is one of the many youth leaders in Cuba defending the Revolution.

The Cuban Adjustment Act (CAA) establishes. establishes special and exclusive status for Cuban migrants. It makes Cubans the only people in the world who have the dispensation to automatically be granted the right to apply for U.S. citizenship and work permits as soon as they hit U.S. soil.

This clearly exposes the political nature of U.S. immigration policy. For example, Haitians experience some of the most dire conditions in their homeland due to imperialist policies. Why are not Haitians or Hondurans, who are fleeing violence, not granted immediate privileges like the Cubans?

Because one of these nations has had a revolution that ousted foreign transnational corporations and Wall Street banks: Cuba.

Why did Obama repeal the “wet foot, dry foot” part of the CAA?

A Jan. 12 New York Times’ article, summarized Obama’s deputy national security adviser, Benjamin Rhodes, as saying that “most Cubans who came to the United States in the past ‘absolutely had to leave’ Cuba ‘for political purposes’” and that now “the flow is largely of people seeking greater economic opportunity” while ending the policy “is a reflection of Obama’s view that, ultimately, the rise of a new generation of Cubans pressing for change in their own country is vital to bringing about change there.”

“It’s important that Cuba continue to have a young, dynamic population that are agents of change,” Mr. Rhodes said.

Also reported in the New York Times, the infamous counterrevolutionary Jorge Mas Canosa, chairman of the right-wing Cuban American National Foundation, before his death in 1997 said of the CAA, “The changes would force Cuba’s leaders to be more responsive to their citizens. ‘People may be initially upset at not being able to have this way of getting out of Cuba, but ultimately, the solution for Cuba is people fighting for change in Cuba.’”

Thousands of Cubans, according to the Times, have left Cuba and are awaiting entry at the U.S. Mexican border. Most have left Cuba because of economic hardship or a desire to see family in the U.S. Some just have a yearning for travel, like most human beings.

These Cubans will unfortunately now experience the untold hardship and misery that their migrant sisters and brothers from other countries have endured for generations.

It is indeed a step forward for Cuba that the Obama administration has ended a small part of its unfair migration policies. But the Cuban Adjustment Act in its entirety must be repealed and migratory policies that are accorded in Europe or other places should also be practiced towards Cuba.

Furthermore, repealing the “wet foot, dry foot” policy in order to inspire “change inside Cuba” will fail, just like every other imperialist plot has failed since 1959.