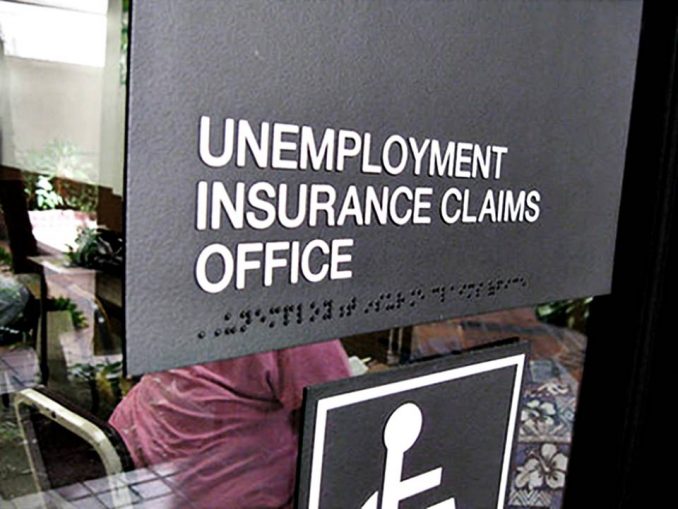 King Midas of Greek mythology had a wish that everything he touched would turn to gold. Yet he found himself on the brink of starvation after a greed-induced gift rendered his food solid gold and inedible. The gods answered his pleas to relieve him of his “Midas touch.”

In 2013, modern-day greed created another MiDAS — the Michigan Integrated Data Automated System, used for processing unemployment claims. MiDAS took the place of human workers laid off by the state’s Unemployment Insurance Agency (UIA). Just as technology has for decades eliminated jobs in manufacturing, so too it is ravaging employment in the public sector.

Long gone are the winding lines at the unemployment offices that often stretched out the door. These were common symbols of past recessions, when one of the few secure jobs was in claims intake. Now filing in most states is done online or via automated phone systems. Michigan UIA has cut its workforce to the bone. Not only are most of the offices closed, but 90 percent of calls made by newly laid-off workers go unanswered. Unemployed workers wait on hold for hours until they give up.

The jobless have been criminalized by the state. While federal law allows payment of unemployment benefits for up to 26 weeks, the Michigan Legislature and the infamous Gov. Rick Snyder cut state benefits to only 20 weeks in 2011. Then, beginning in 2013, many workers had income taken away after MiDAS falsely accused over 20,000 unemployed and formerly unemployed workers of fraud. MiDAS, which cost $47 million to install, went after claims going back to 2007.

The false fraud allegations were generated whenever computers detected a slight discrepancy in information given by employers and that provided by unemployed workers. This could be as inconsequential as one saying “laid off” and the other stating “lack of work.”

A human staffer would have had the ability to discern if a potential case of fraud was present. The 20,000-plus accused, however, could only appeal their case to the automated system! Imagine being charged with a crime and having to plead one’s case before a computer. That’s what these workers went through after being brushed by the MiDAS touch.

After being charged with the crime of insurance fraud, the falsely accused workers faced not only demands for ­restitution but also fines of up to four times the amount of their benefits. Many were not even notified of their charges, finding out after their state and federal tax refunds were garnished. Others had found work and were in the process of getting back on their feet, only to find their wages taken by the state.

The whole process, which became a major scandal early last year when the extent of the damage became public, pushed thousands to the brink of destitution. Help lines were established that included suicide prevention referrals.

The state unsuccessfully tried to get a class action lawsuit, filed by MiDAS’ victims, dismissed. Only now, after thousands have lost homes or declared bankruptcy, is the state paying back the money it stole from those most vulnerable. Under the weight of yet another scandal, Gov. Snyder signed a bill requiring human verification of unemployment fraud.

It gets worse. The state has a special fund for moneys collected from unemployed workers found guilty of fraud. This fund is now flush with cash since the state stole unemployment benefits that jobless workers earned by paying taxes. Gov. Snyder is taking advantage of a law allowing him to raid the fund to bolster the state’s general fund.

On top of that, the latest news is that the UIA, hypervigilant in going after workers who received state benefits, has failed in a majority of cases to pursue employers who are delinquent in their obligations to the state unemployment insurance fund.

There you have it. Capitalist greed, unlike that of the mythical king, leaves its perpetrators untouched. Only the masses suffer, as Karl Marx explained, when the bosses must “constantly revolutionize the means of production” to get the maximum amount of work from fewer and fewer workers.