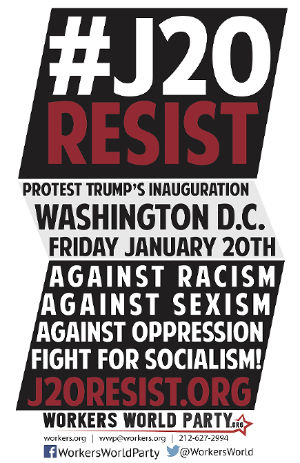 In November, the Trump “transition team” promised to slash federal employment with a mandatory across-the-board hiring freeze. This would reduce the size of the federal workforce through attrition, i.e., retirements, deaths and terminations occurring without backfilling the vacant positions. The civilian workforce in the Department of Defense and the Department of Veterans Affairs will be the first targets for “draining the swamp,” as Trump calls it.

Hiring freezes are not new for civil service employees; cutting the federal workforce has been a bipartisan effort. The American Federation of Government Employees president, J. David Cox, head of the largest federal workers union, “pointed to the Social Security Administration as evidence of the possible fallout of a hiring freeze. The SSA said slower service and delayed hearings have resulted from ongoing budget cuts, and the agency has already implemented an across-the-board hiring freeze for 2017. Many positions were already frozen this year.” (The Government Executive, Oct. 25)

What makes this gutting of the civil service different from others is the likely passage by the right-wing Congress under a reactionary administration of the so-called “Promote Accountability and Government Efficiency Act.” PAGE will make it possible to eliminate raises between grade step increases, a back door to lowering wages, and turn federal workers into “at-will employees.”

Some hostile legislation that has been resurrected is the Holman Rule from the 1870’s, which will permit Congress to arbitrarily reduce the number of federal workers and cut workers’ wages. This would end the present practice of appropriating the funds requested when the head of an agency declares the amount of money and employees that it will need to operate throughout the fiscal year.

This lets Congress “allow lawmakers to bring an amendment on an appropriations bill to the House floor that may ‘retrench’ agency spending, reduce the number of federal employees in a particular agency or cut the salary or ‘compensation of any person paid out of the Treasury of the United States.’” AFGE President Cox stated that “reviving this rule means lawmakers will be able to vote to cut the pay and jobs of individual workers or groups of workers without getting input from the agencies where these employees work.” (Federal News Radio, Jan.12)

The most egregious scenario that may take place is the elimination of “5 United States Code; Chapter 71,” which permits collective bargaining rights and is enforced by the Federal Labor Relations Authority — similar to the NLRB in the private sector. Because the president gets to appoint the head of the FLRA, this could lead to the dismantling of the authority itself.

All of this comes at a time when most agencies are woefully understaffed, which makes it frustrating and difficult for federal workers to serve the public. Federal workers and their unions have been under a right-wing attack for decades, with proponents spewing propaganda that federal workers are overpaid, privileged and lazy. This rallying cry is a direct attempt to sow division and divide the working class. Although Republicans may lead the charge, it is an overall assault by the capitalist ruling class.

An all-out struggle for federal workers and their unions is needed at the January 20 Counterinauguration and beyond to send a message to Trump and his “alt-right” collaborators: no hiring freeze, no pay cuts, no union-busting!