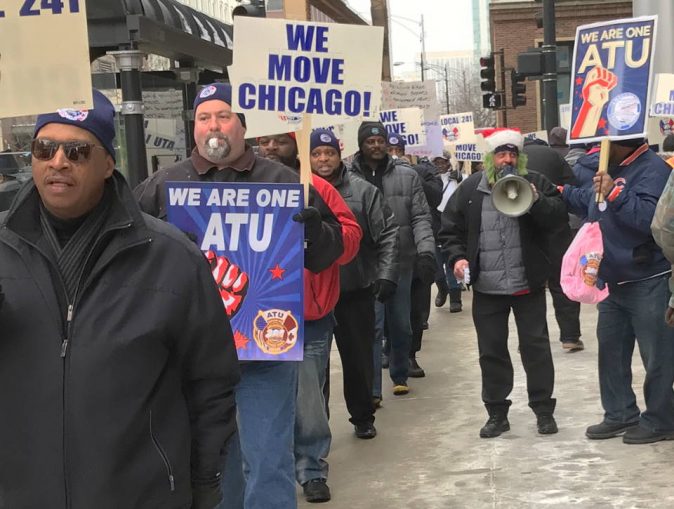 Bus and rail operators, members of the Amalgamated Transit Union Local 308 whose contract expired over a year ago, picketed Dec. 21 at three sites to demand  the Chicago Transit Authority bargain seriously toward a new contract. The CTA instead has proposed no wage increases, fewer holidays, an 18 percent increase in health insurance premiums and conversion of many full-time to part-time positions. Chanting “They say cutback! We say fight back!” the workers showed powerfully that effective bargaining must sometimes be done in the streets.