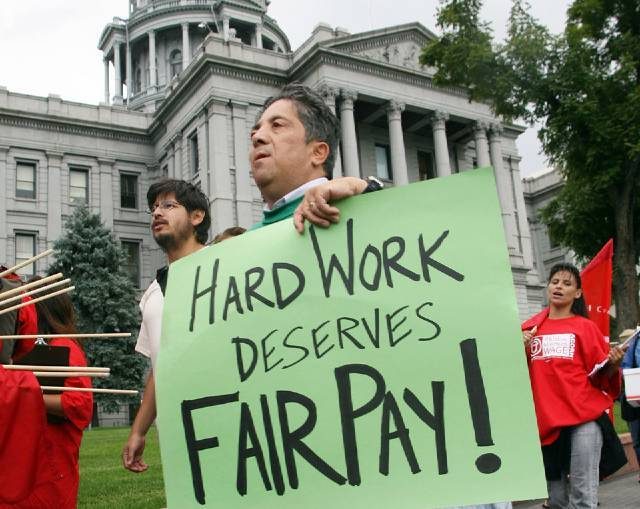 A ballot initiative that would have made the state’s “right-to-work” (for less!) law part of the state constitution was defeated in Virginia on Nov. 8. It was an important victory for poor and working people everywhere.

The measure, known as Constitutional Amendment No. 1, would have amended the state constitution to keep Virginia a “right-to-work” state forever, unless another change were made to the constitution. A governor cannot veto a referendum.

The Virginia AFL-CIO and its affiliates, along with community supporters, including members of the Southern Workers Assembly, worked across the state for months to defeat Amendment 1, even as millions of dollars were poured into the state by anti-union, racist, Wall Street forces such as the Koch brothers’ American Legislative Exchange Council.

“Strong unions can be a cultural force that sets standards on the job and encourages public officials to set policies that benefit all workers. As part of a broader movement, unions help create norms for fair treatment, safety, decent wages and benefits,” wrote Doris Crouse-Mays, president of the Virginia AFL-CIO, in an op-ed article days before the vote.

Crouse-Mays added that the anti-union “right-to-work” law “has been on the books for nearly 70 years and takes aim at workers’ rights to stand together and speak out in the workplace. I’ve personally worked in both union and nonunion facilities and I have seen the difference a collective bargaining agreement can make in the lives of working people — not always in wages, but in dignity and respect for one another. …

“Any attempt to weaken dignity and respect does nothing to improve our communities. Our elected officials should be focused on improving our local economies by investing in infrastructure, fully funding our schools, raising wages and creating good jobs right here in Virginia.”