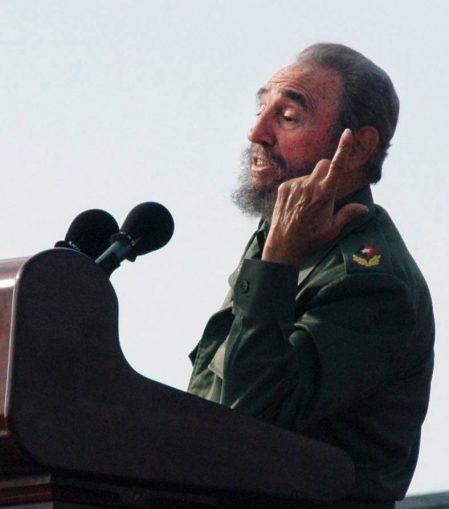 Last year, despite some improvements in bilateral relations, the still-existing U.S. blockade cost Cuba more than $4 billion, while hampering every aspect of Cuban life. The U.S. continues to levy fines against banks and businesses. U.S. organizations like the Interreligious Foundation for Community Organization and individuals like Floridian Albert Fox are still being targeted and harassed for opposing the U.S. blockade.

U.S. plans to blockade the Cuban economy began with an internal State Department memo dated April 6, 1960, with the title “The Decline and Fall of Castro.” Now public, the memo’s first point is that “the majority of Cubans support Castro.” Its second is that “there is no effective political opposition.” (tinyurl.com/h6tm8e5)

The memo recognizes that “the only foreseeable means of alienating internal support is through disenchantment and disaffection based on economic dissatisfaction and hardship. …  It follows that every possible means should be undertaken promptly to weaken the economic life of Cuba … to decrease monetary and real wages, to bring about hunger, desperation and overthrow of government.”

Eleven presidents and 56 years later, Washington, after failing to “overthrow” the Cuban government, still employs the old U.S. playbook of economic war. The blockade is obscured because now there are direct flights from the U.S. to Cuba, corresponding embassies and bilateral, mutually respectful talks with agreements. And President Barack Obama visited Cuba in March.

Unlike most U.S. trading partners, however, Cuba is still blocked from using dollars, must still pay cash in advance to buy from the U.S. and cannot export to the U.S. Washington still tries to subvert Cuba with U.S. Agency for International Development destabilization programs, radio and TV broadcasts and special financial inducements to urge irregular immigration. U.S. agents even try to lure Cuban doctors away from aiding poor countries and providing disaster relief.

On May 1, 2003, Fidel Castro, then Cuba’s president, spoke at the Martí Monument in Revolution Square in Havana more than a decade after Cuba suffered, and then overcame, the shock of losing its main trading partners:

“After the demise of the USSR and the socialist bloc, nobody would have bet a dime on the survival of the Cuban Revolution. The United States tightened the blockade. The Torricelli Act [1992, signed by President George H.W. Bush] and the Helms-Burton Act [1996, signed by President Bill Clinton] were adopted, both extraterritorial in nature.

“We abruptly lost our main markets and supplies sources. The population’s average calorie and protein consumption was reduced by almost half. But our country withstood the pressures and even advanced considerably in the social field.

“Today, it has largely recovered with regard to nutritional requirements and is rapidly progressing in other fields. Even in these conditions, the work undertaken and the consciousness built throughout the years succeeded in working miracles.

“Why have we endured? Because the Revolution has always had, as it still does and always will to an ever-greater degree, the support of the people, an intelligent people, increasingly united, educated and combative.” (tinyurl.com/hh5lbww)

In 2016, for the 25th consecutive year, the United Nations General Assembly called on the U.S. to end the economic, commercial and financial blockade of Cuba. When this call was introduced for the first time in 1992, 59 countries supported Cuba, 71 abstained and 3 voted against Cuba — the U.S., Israel and Romania. This year of 193 countries, 191 voted for Cuba, and none voted against. Only two — the U.S. and Israel — abstained.

In 1960, Washington began an attack on a popular government and it continues this attack in 2016. The Cuban government still has the support of its people. It’s time the blockade ended.