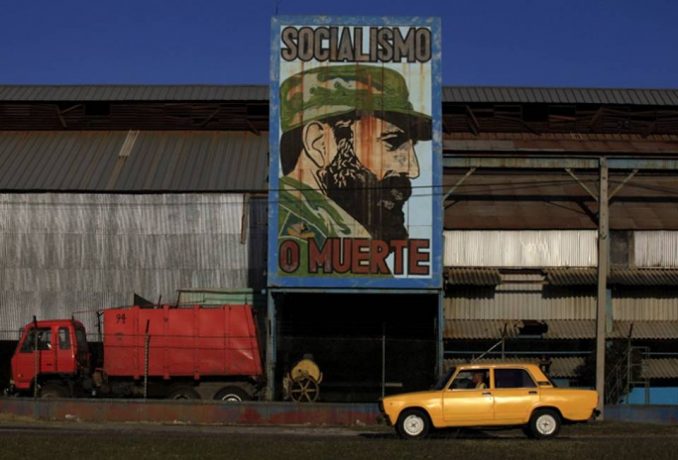 With the death of one of the greatest revolutionaries of modern times, many recollections will be penned: of the incredible revolutionary deeds he carried out with his comrades; stories illuminating his personality; political recollections, etc.

Collectively these will all add up to a rich picture of an indomitable revolutionary. It is also helpful to bring out the role of revolutionary theory in Fidel’s historic achievements.

In a lengthy speech carried on television and radio throughout Cuba on Dec. 2, 1961, the fifth anniversary of the landing of the Granma, Fidel gave a background to the development of the Cuban Revolution. The transcript of the speech was published by Fair Play for Cuba in February 1962 and republished by Walter Lippmann in Cuba News in 2007. As part of this background, Fidel told the Cuban people the following:

“What is the socialism we have to apply here? Utopian socialism?

Fidel had already declared for the socialist revolution the day before the Bay of Pigs invasion in April 1961, but Dec. 2 was his first public, personal declaration for Marxism-Leninism.

Fidel’s declaration of his adherence to Marxism-Leninism is not in isolation. In the broadcast, Fidel revealed his thorough familiarity with revolutionary and social history. He cites Karl Marx and his collaborator, Frederick Engels. He cites V.I. Lenin as the theorist who adapted Marx to the 20th century; he discusses primary communism, slavery, the rise of the bourgeoisie and the rise of the proletariat; the French Revolution, the Russian Revolution and many other aspects of history that show his theoretical mastery of Marxism-Leninism.

He urges leaders to study theory and to be able to apply it. He summed up his appreciation of Marx: “What is the historical merit of Marx? Marx writes something, a correct interpretation of what was going to happen, not simply because people wanted it, but because the very laws of historical evolution predetermined it. This is the great merit of Marx, the founder of scientific socialism, which gives the working class a theory.”