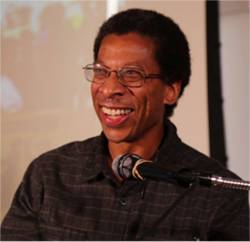 We are especially sensitive to the plight of those most in fear of a Trump presidency, who are wondering if they or their loved ones will be deported today or tomorrow, or if the Klan is now emboldened to come out from under their sheets and begin lynching again, or if men who hate women feel it’s OK to become more predatory.

This was no landslide. Yes, part of this vote reflects the dangerous presence of deep racism and sexism. But this was also a reflection of the desperation and anger of those who don’t know who or what to blame and are lashing out, trying anything, even things that don’t make sense because survival has become so much harder under capitalism in global economic crisis.

Although most votes came from white men who were used to being more economically and socially privileged — and the fact remains that Black and Latinx voters came down strong against Trump — he was still able to get some support from a noticeable number of Latinx and African Americans. All of this is partly a reflection of the gap in consciousness of those voting for Trump regarding an understanding of the importance of solidarity, especially with the most oppressed. That’s what our election campaigns were all about.

But it is especially important to understand that this election was also a reflection of a higher level of consciousness from those who decided that they would not vote for a lesser evil — and in this election it was hard to figure out who was more evil when you consider one candidate who spoke racism and sexism and another who had already practiced it with the lives of the people of Honduras, Libya, Syria and, of course, who had her hand in vilifying those so-called “superpredators” incarcerated for profit.

OK, here’s the data backing up my opinions: In the first place, Clinton actually won the popular vote. And if you look at the most significant states that voted for Trump, you’ll find that the determining states with more than 10 electors — with a switch of 1 percent of the votes in Wisconsin, Florida, Pennsylvania and Michigan — Clinton would have won with a shift of 75 electoral votes.

This is just one part of the rigged factor of these elections under capitalism. Not only do they not allow third parties a chance at getting close. But, in addition, they’ve set up an electoral college that guarantees them an escape hatch.

For example, the manipulation of electors back in March 1877 allowed for the destruction of Reconstruction and an end to the radical and revolutionary governing of the Black former slaves who temporarily were able to seize political power after the Civil War. Just days before the scheduled inauguration, Samuel Tilden, the Democratic winner of both the electoral and popular votes, was denied the presidency by a section of the ruling class through the disqualification of electors. Then a concession was made to the party of the slaveholders, the Democrats.

Actually, since the late 1800s, the money of the rich, beginning with the Vanderbilts, Rockefellers, Morgans and others enriched from slave labor production of cotton, determined every branch of government. Sometimes there’s a fluke, and Clinton probably had the majority of ruling-class support, but the result has to be acceptable to the ruling class or they will wipe it out by the many means at their disposal.

A Forbes magazine article analyzing the elections said: “Trump either won, or closely contested all the traditional manufacturing states — Ohio, Wisconsin, Indiana, Iowa and even Michigan, where union voters did not support Clinton as they had Obama and where trade was also a big issue.”

And this from a Nov. 11 analysis of the election from the Telegraph News out of the U.K., “A key part in Clinton’s failure to claim certain states was the fact that ethnic minorities and women didn’t back her in the numbers initially expected.”

Florida, Iowa, Ohio, Michigan, Pennsylvania and Wisconsin had voted for Obama in 2012 but switched to Trump in 2016. But Republicans gained only 3 percent more votes from 2012 in those states. The Democrats, on the other hand, lost twice as many, with a 6 percent decrease from 2012.

This was a vote against Clinton, who represented not only her and her husband’s racism and thievery of Haiti and use of mass incarceration, but the Obama administration’s eight years of record deportations, regime change and attempted regime change, plus continuing austerity and increased poverty and desperation of working people.

And, one other thing, three times more people — about 6 million people — decided to vote for an alternative candidate.

In the swing states, manufacturing jobs are down from 2008 to now and food insecurity is up.

The Forbes analysis I mentioned earlier ends by encouraging Trump to get closer to our class by increasing austerity, income inequality, global warming and military spending. Yeah, that’s what we workers want — right? Wrong.

What really needs to be done: further expose bankrupt and rigged elections and push the building of our People’s Power Assemblies with our allies to chart an independent course of our own making.

Hell, we might even want to elect our own candidates. The hell with the mayor, city council and president. We can choose our own official leaders of our communities and barrios and dare them to defy our authority, fortified with the masses of people, like the ones who are marching in the streets right now demanding a new day, quick, fast and in a hurry!

Solidarity is the glue that makes our struggle matter!

Onward to building a Workers World!