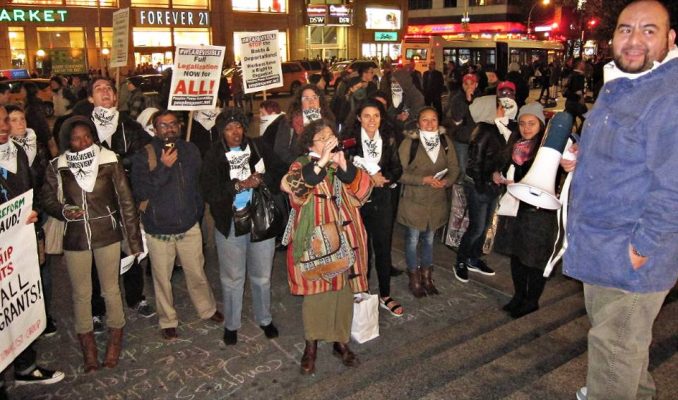 Supporters gathered Oct. 26 in New York’s Union Square to mark the beginning of a Grassroots Autonomous Movement that demands the right of any member of immigrant communities to be visible, to participate in the ”democratic” system, to vote and to make their concerns public.

The rally heard a few short speeches from Mahoma Lopez of the Laundry Workers Center and other activists from the People’s Power Assembly and the Internationalist Club.

Earlier in the day, 10 members of #WeAreVisible #SomosVisible blocked the George Washington Bridge with a banner reading, “Resist, organize, rise up!”