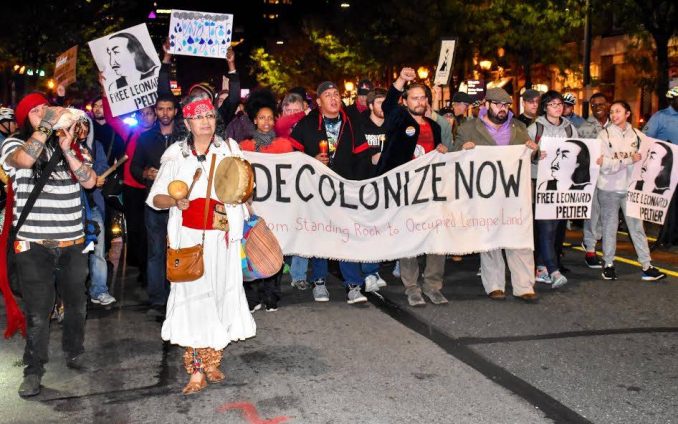 In Philadelphia, the cry is freedom for Indigenous peoples and descendants of enslaved ancestors, Oct. 12.

More than 200 activists from diverse movements joined together in a March to End Colonialism on Oct. 12 in Philadelphia. The Indigenous Peoples’ Day protest began with a rally at Independence Mall featuring danzantes [dancers], music and speakers and ended with a rally at 2nd and Market three hours later.