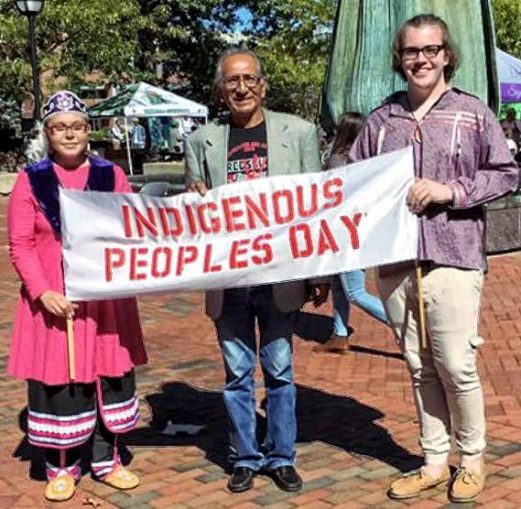 Huntington, W.V. – This year, for the first time, Marshall University welcomed an event celebrating the colonized people of this continent instead of the criminal colonist Christopher Columbus. Students and community members gathered Oct. 12 outside the Memorial Students Center at Marshall University to celebrate Indigenous Peoples’ Day.

In previous years, the Marshall University Native American Students Organization had held protest demonstrations against Columbus Day. That group, as well as MU Students for a Democratic Society and Workers World Party, attended this year’s event.

Jones linked the struggle of African Americans/Blacks/New Africans and the Indigenous Nations against Euro-American settler colonialism and capitalism. He told the crowd: “This country today still profits on the labor of Africans who were enslaved. … A lot of you don’t realize that the land that you walk on, the land that you live on, the land that you call ‘America,’ this is our land. This is an occupied country. … People today can’t grasp that understanding. This is an occupied country. It may be [claimed by] your government. But the land still belongs to the original people.”